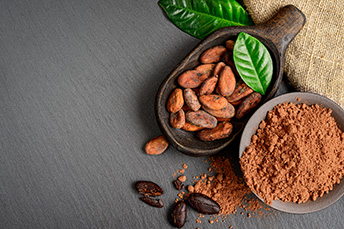 cybercriminals
cybersecurity
cyber risk
Summary: Cybersecurity is a constant concern. Yet, with the latest Russian cyber threats, it is becoming even more important. Your small business customers could be affected, directly and indirectly. So, we dig deeper to provide you with the current top threats and critical protective measures.
Share this Article:
Archaeologists discovered that Ecuador’s Mayo-Chinchipe culture ground cacao beans, vanilla, and other spices into a chocolate drink 5.3K Ys ago. But, feeding the craving for chocolate has been far easier since 1847, when British chocolatier JS Fry molded the first chocolate bar. The world’s love of chocolate runs long and deep, even when it comes to animals. Yet, for animals such as dogs and cats, this sweet treat can actually be deadly, as they are unable to metabolize the alkaloid theobromine found within cacao beans. Clearly, good things can contain risks at the same time.Similarly, many small businesses have been able to keep their operations afloat during the pandemic, thanks to technology and the internet. Yet, this increased reliance on interconnected systems has also put them at greater cyber risk. Now, with the warnings about cyberthreats from Russia, small and medium-sized businesses (SMBs) need to be even more vigilant. To minimize the chances of cybercriminals compromising the security of small business customers, community financial institutions (CFIs) should be actively educating this group about what they should watch out for and how to protect themselves. SMB customers at risk

More than 30% of SMBs are at risk of cyberattacks, according to the cybersecurity firm, CyberCatch. Its January report found that hackers specifically target SMBs, due to the fact that their security measures tend to be less effective than those of larger organizations. Not only that, but with the current Russian cyber threats, experts say that larger targeted companies could affect smaller businesses that are connected to their platforms. Top threats

Spoofing, sniffing, and clickjacking are the three biggest cyber risks for SMBs right now. While having anti-malware software in place is a good start, it isn’t necessarily enough. Given this reality, it is important for SMBs to know the differences between each of these tactics to be on the lookout for these cyber malfeasances.
Protective measures
Cyber risks are ongoing, yet now there are new threats arising. So keep your SMBs safe by communicating the largest threats, along with ways they can protect themselves. This will help mitigate these rising threats.
Subscribe to the BID Daily Newsletter to have it delivered by email daily.