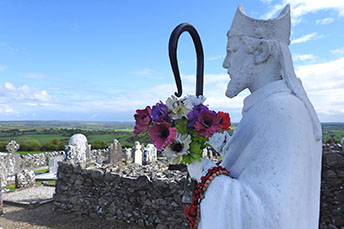 Payment Cards With Vertical Designs Help A Variety Of Customers

debit cards
credit cards
payments
Summary: Vertically-oriented payment cards have been around since 2018. Yet, they have seen a burst of issuance since last year. Will more financial institutions use payment cards with a vertical layout? We explore which institutions are issuing them, why, and the benefits to your customers, especially those with disabilities.
Share this Article:
With the celebrations of St. Patrick making the rounds tomorrow, we thought it would be interesting to share some fun facts about this saint. Despite being one of three patron saints of Ireland, he was actually born in Britain in the 4th century. He was taken by a group of Irish pirates, which took him from his family’s estate and held him captive for 6Ys, until he was 22Ys old. During his enslavement, he turned to his faith for solace. The actual day of St. Patrick celebrates the arrival of Christianity to Ireland and the Irish culture, in general.There are multiple ways to celebrate St. Patrick, just as there are always more ways to meet the needs of your customers. For one, financial institutions (FIs) are launching credit and debit cards in a vertical layout, instead of the traditional horizontal format. While this layout has benefits for all customers, it is most appealing to people with certain disabilities. FIs providing vertically-oriented payment cards

Last year, HSBC worked with several nonprofits to design cards with vertical formats and other features to make them easier to use for customers with dementia, visual impairments, learning difficulties, dyslexia, and color blindness. Says the manager of an Alzheimer’s advocacy group who helped HSBC develop its vertical card, “Everyday banking tasks that so many of us take for granted, even something as simple as knowing which way around the card goes, can become a real challenge. These accessible cards are an important step to ensure people living with the condition feel supported and treated as equal members of society.”For example, an arrow is printed on the top of the vertical cards and a notch is carved on the bottom, to guide customers where to insert the card into point-of-sale terminals and ATMs.“Making our cards accessible is a priority for us, so we wanted to ensure we incorporated key features that will help customers with a range of abilities and needs,” says the executive in charge of the initiative. “What’s more, these features will be available for all our customers as standard.”Other FIs have introduced cards with vertical layouts too. Bank of America, the second-largest provider of debit cards, started introducing vertical debit cards in January of 2021. Even earlier, in 2018, Discovery Bank (now called Commerce West Bank) was one of the first US banks to provide vertical credit cards. PayPal is also issuing vertical cards, so we expect other neobanks to jump in.Gen Z will appreciate vertical payment cardsYour youngest customers will embrace this enhanced design without a second thought. They already live in “portrait mode” since popular apps, like TikTok and Instagram, are used in a vertical orientation. Vertical cards would fit nicely into the Gen Z lifestyle and so they would make adoption easy.  Indeed, vertical payment cards have benefits that all customers would likely appreciate. When discussing card options with customers, especially those with disabilities, here are a few of the benefits: 1. More intuitive. It just seems more natural to tap or insert vertical cards into point-of-sale terminals. Says one executive from a challenger bank in the UK, “From how you slot your card into an ATM or a card machine to how you tap it for contactless, our lives are largely lived in portrait now, even down to how we use our phones. A portrait bank card reflects how we actually use our cards today – it’s intuitive, instinctive and in short: it’s just common sense.” This being the case, we will likely see more vertical cards being used going forward. 2. Added security. Vertical cards with the tap-to-pay feature have increased security, because the underlying technology that powers the tap produces one-time tokens instead of actual card numbers. This feature prevents would-be fraudsters from intercepting the data.“We replace that sensitive 16-digit card information with a unique identifier, which the merchant can still use to do a transaction on, but it’s not your actual 16-digit number," says a card developer. “It’s dynamic.” This security element is becoming more widely used even with horizontal cards, so having it in vertical cards is a must.3. Enhanced design. The UK challenger bank added other designs to be more attractive, including putting the account number, expiration date, and other information on the back. Also, if the information is not embossed (which can be worn down with use) but printed instead, it can be easier to read. “We wanted our new card to feel sleek and simple, almost like a natural extension of our app, and we also wanted its appearance to somehow reflect our broader mission to streamline the complexities of traditional banking,” the executive says. “[The] user experience as a customer is really important to us, and we want every part of [the] experience to feel consistent and delightful.”Vertically-oriented cards can be appreciated by all customers, with special consideration for those customers with certain disabilities and even younger generations. When the time comes to consider this fresh, new design, remember the benefits and discuss user needs with your customers.
Subscribe to the BID Daily Newsletter to have it delivered by email daily.