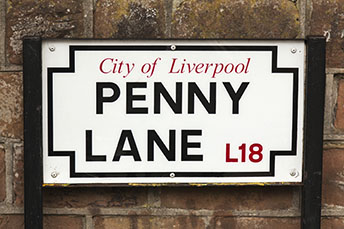 Cryptomania Is Here – Should CFIs Respond?

cryptocurrencies
CBDC
Summary: Cryptocurrencies have been around since 2009 and their popularity is growing. Not only are fintechs and neobanks providing these services to their customers, but so are community financial institutions. In a recent study, nearly 30% of community banks said they were very likely or extremely likely to add crypt services this year. Still, risks remain and regulatory guidance is evolving.
Share this Article:
Beatlemania had already started almost 60Ys ago in England, but the US was slow to catch on. It wasn’t until the Liverpool-based band was booked for “The Ed Sullivan Show” that their popularity started rising. Still, the Beatles themselves were unsure of the type of welcome they would get. Unexpectedly, they were met by 3K screaming fans when their plane arrived in NY and the rest is Beatlemania history. The popularity of cryptocurrencies within the traditional banking sector has seen a similar path. Cryptocurrencies have been around since Bitcoin started in 2009, yet interest from the traditional banking space was low, until recently. Now, central bank digital currencies (CBDCs) are being launched and traditional financial institutions are trying to find a way to satisfy their customers, while managing compliance around this new digital coin. Digital currencies are even getting the attention of community financial institutions (CFIs). Some have already started. Several community banks say they will soon start offering crypto services, while others still are banding together to enter the crypto fray. As things seem to be moving quickly in this arena, we take a deeper look at the latest developments.Momentum growing with CFIs

In a 2022 Wipfli survey of community banks, almost three out of ten said they were very likely or extremely likely to add crypto services. Some CFIs have already started. Indeed, one group of 300 community banks recently announced a plan to launch a service early this year to allow customers to buy and sell Bitcoin on their banking apps. This project has the financial backing not only of this group of banks, but also of the American Bankers Association (ABA) and the Independent Community Bankers of America. With these investments, the project will be rolled out with the assistance of the fintech, NYDIG. ABA CEO Rob Nichols recently wrote in a blog post regarding this project, “…ABA believes an investment in NYDIG will support banks’ ability to meet customer demand in this rapidly evolving market.” Cryptocurrency popularity with consumersAs the ABA notes, the move into crypto by some CFIs is a recognition of the rapid rise of this alternate form of currency. One consumer survey found that 63% of respondents were “crypto curious,” meaning they wanted to know more or intended to buy some soon. If they follow through on their curiosity, there soon could be more than 40MM owners of cryptocurrency in the US.CFIs that are quick to start offering crypto services can thus argue that they are simply responding to demands from customers, and if they don’t do it a competitor will. But before jumping in, bankers still need to be mindful of the potential risks. FI risks posed by cryptocurrencies

We have mentioned the risks before. But, it bears repeating that cryptocurrencies are extremely volatile.  The best-known cryptocurrency, Bitcoin, has soared in value, then plunged — repeatedly. Back in March 2020, Bitcoin lost half of its value in a dizzying two-day collapse. It then rose to a record high in November 2021, only to lose half of its value again by January 24, 2022. This is just for Bitcoin, the most widely held cryptocurrency. As a general rule, volatility and financial institution (FI) don’t mix. Any asset that is this difficult to value can create headaches for an FI, as it tries to adhere to FDIC rules and regulations designed to assure an institution has sufficient assets to cover potential losses. There are other regulatory questions surrounding cryptocurrency. As has been widely documented, cryptocurrency has become a favorite of certain criminal enterprises because of its untraceable nature. Cyber hackers who take over company systems and then demand ransom in crypto are perhaps the best-known nefarious users of cryptocurrency. An FI that accepts cryptocurrency potentially opens itself to regulatory scrutiny under anti-money-laundering regulations. CBDCs offer more stability

The US government, as well as other governments around the world, are mindful of the challenge of cryptocurrencies. Several central banks, including the US Federal Reserve, are considering CBDCs, versions of their own currency, as a way to tie virtual currency to a real currency. This could undercut the appeal of independent cryptocurrencies like Bitcoin and establish a virtual currency pegged to a more stable currency like the dollar. While nothing has been decided, progress is being made. Here Is the latest discussion paper from the Federal Reserve Board on its position on a US CBDC and a recent BID on “Three Steps to Prepare for a US Digital Dollar.”Weigh risks before deciding a crypto strategy

While cryptocurrency is virtual, cryptomania is very real. As demand for cryptocurrency continues to grow, all FIs are being placed in a difficult position: Dive into the crypto pool and start offering services (and face the risks) or remain on the pool deck until things settle and potentially risk losing customers.
Some institutions are becoming convinced they can avoid the pitfalls of cryptocurrency and thus reap the benefits of offering crypto services now. Still, the decision is not an easy or simple one. While the rewards are enticing, the risks are still high. As regulatory guidance becomes more solidified, it will be easier to determine the best strategy. In the meantime, CFIs should very carefully weigh the risks and have a plan for dealing with them.
Subscribe to the BID Daily Newsletter to have it delivered by email daily.

The Emerging Crypto Lending Landscape
As adoption of cryptocurrencies grows, cryptofinance and crypto lending are extending their reach and proving alluring to some borrowers and lenders alike. We give you an overview of this developing trend — certainly one for community financial institutions to watch.

The Future Power of Blockchain
Blockchain technology promises many benefits to financial institutions, as they adapt to meet changing customer and stakeholder expectations, as well as regulatory requirements. Some experts argue that, while there are still many logistical challenges to overcome, blockchain has the potential to completely revolutionize the future of finance. We look at four applications of this technology that may be advantageous to community financial institutions in the future.