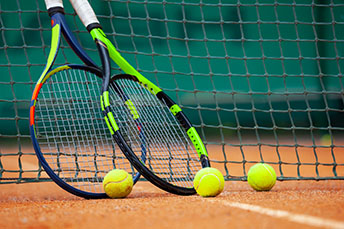 Are Overdraft Charges A Thing Of The Past?

CFPB
regulatory agencies
neobanks
Summary: Overdraft fees provided almost $33B in income for financial institutions in 2021. This was especially important in a low-interest rate environment. Yet, consumers are pushing back on these fees and neobanks have responded by providing accounts without these fees. Should community financial institutions eliminate these fees to stay competitive?
Share this Article:
Coco Gauff has been dramatically changing things in the tennis world. She started playing tennis at 6Ys old. She even showed interest in tennis players, Serena and Venus Williams at the young age of 4. No wonder she is the youngest player ranked in the Women’s Tennis Association’s top 100. She surprised many in the tennis community and made history as she beat Venus Williams at Wimbledon, as a 15Y old in 2019. As of January 2022, she was ranked No. 17 in singles.   No less dramatic is the path that overdraft fees have taken lately. Overdraft fees have long provided financial institutions with important fee income. Yet, with the recent push to eliminate them, community financial institutions may need to find a replacement source of income over time. Let’s explore this industry shift.Overdraft fees provide a substantial income source for FIs

According to Moebs Services Inc., financial institutions (FIs) earned close to $33B from overdraft and insufficient funds charges in 2021, an amount that’s up 5% over 2020. With nearly 10% of Americans overdrawing their bank accounts more than 10x a year, FIs have relied on this fee income, especially with the low rate environment. Overdraft fees affect lower income disproportionately

Yet, the argument that overdraft fees affect the lower income levels more strongly than higher ones, has resurfaced as the pandemic caused financial hardship for many lower-income families. Says Varun Krishna, senior vice president and head of consumer finance for Mint and Intuit's Consumer Group, "They [overdraft fees] most often get charged to low-income customers, so they hit the people who can least afford to be in that situation.” A CFPB study found that 20% of those that often overdrawn their accounts, didn’t even have a credit score. Neobanks respond

Last year, several financial industry players decided to eliminate, decrease, or help customers better manage their overdraft fees, due to the pressure rising on this issue. In June 2021, Ally Bank permanently eliminated overdraft fees after waiving them during the pandemic. In December, Capital One announced that it was no longer charging overdraft or non-sufficient fees in 2022 for its consumer banking customers. Other industry players that offer checking accounts with no overdraft fees include Discover, Chime, Aspiration, and Axos. Regulators are concerned

Both the CFPB and the OCC have expressed concern over the reliance on overdraft fees by financial institutions. At the end of last year, the CFPB asked its examiners to focus on the big banks’ overdraft policies and procedures. While these fees were often waived during the height of the pandemic, they still accounted for over a billion dollars of revenue in 2020 for JPMorgan Chase, Wells Fargo, and Bank of America, according to S&P Global Market Intelligence. In December 2021, the OCC’s acting comptroller, Michael Hsu prompted banks to “consider using ‘financial health’ as a measure to assess whether they have responsible banking services and products…” The OCC provided additional remarks for FIs on this issue as well.Congress proposes laws to curb overdraft fees and big banks shift

In 2021, the House and Senate both proposed laws that would have limited overdraft fees, a measure that had the support of the CFPB. In response, the big banks have made changes to their overdraft policies. For instance, Wells Fargo and Bank of America have reduced their overdraft fees and eliminated charges for bounced checks. Wells Fargo eliminated its overdraft and bounced-check charges and instituted a 24-hour grace period before overdraft protection kicks in. Customers also get access to direct deposits two days earlier. Bank of America is reducing its overdraft fee by $25 in May and did away with transfer fees for overdraft protection. JP Morgan Chase no longer charges for non-sufficient funds and changed its “overdraft ‘cushion’ from $5 to $50.” It is also giving its customers 24 hours to increase overdrawn balances and allowing early access to direct deposits.  "This is a competitive marketplace," Wells Fargo President and CEO Charles Scharf said. "We continue to review our capabilities and pricing with the goal of providing value to our customers." Should CFIs follow suit and eliminate overdraft services or charges?

It seems the tide has already turned with regard to overdraft fees. More financial institutions have announced changes to their policies, including Truist Bank and First Citizens Bank. At the same time, many bank customers appreciate the flexibility of overdraft programs. So, finding the right balance for your customers will be critical. OCC’s Hsu notes, “the complete elimination of overdraft programs may also cause harm to these consumers because many rely on them to ‘pay their bills on time, avoid high-cost alternatives, and improve their credit profile.” Doing the right thing for your customer has always been in your business profile. So, reviewing overdraft charges with your customer in mind should be right up your alley.
Subscribe to the BID Daily Newsletter to have it delivered by email daily.

How CFIs Can Effectively Compete Against Neobanks
Nimble neobanks have an edge in the world of digital banking. But CFIs have advantages in the real world of finance, stemming from their traditional, brick-and-mortar businesses. Those traditions can help level the playing field.