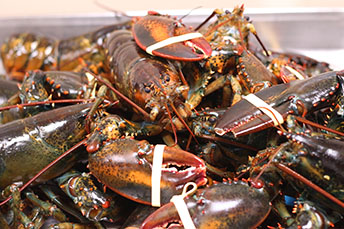 Three Steps To Prepare For A US Digital Dollar

payments
CBDC
Summary: Summary: Central bank digital currencies (CBDCs) have been in the news for a while now. Yet, as some countries advance more dramatically on this front, misconceptions have sprung up regarding the progress, impact, and representation of a US digital dollar. We address some of these misconceptions and provide three steps to prepare for a US CBDC.
Share this Article:
At up to $120 per lb, lobster is definitely a delicacy. But did you know that it used to be served to prisoners and called the cockroach of the sea? The first European settlers noted that they were so plentiful that lobsters would wash ashore in stacks up to two feet high! Time has definitely changed our perception and consumption of lobster.Time seems to change many things, not just lobster consumption. For many community financial institutions (CFIs), time has changed their perception of digital currencies. Those institutions trying to keep up with the ongoing digital revolution in banking and finance need to be prepared not only for wider use of digital currencies like Bitcoin or stablecoin, but also for the emergence of central bank digital currencies (CBDCs). That means having a clear understanding of what a CBDC is, the progress of the government-issued, digital currency in the US, and how CFIs can plan for it.What is a CBDC?

As defined by the Federal Reserve, CBDC is “a digital form of central bank money that is widely available to the general public.” It is a liability of the central bank, not commercial banks, since CBDC digital balances would be held at the Federal Reserve. With increased development and focus on other digital currencies, the progress of a CBDC in the US has been somewhat overshadowed. This has led to a number of misconceptions concerning a government-issued digital dollar.Misconception 1: The US is far behind in exploring a government-issued currency. In fact, the US government is quite a leader in digital currency research and has efforts underway to explore the creation and use of a digital dollar. While the Fed would control and back a digital dollar, Fed Chair Powell has said that it would not act without legislation from Congress and support from the executive branch. So, watch for cues from the White House and Congress on the developments of a digital dollar. Meanwhile, the Federal Reserve Board released a CBDC press release, paper on the pros and cons as well as CBDC FAQs. Misconception 2: Blockchain technology will provide the supporting architecture for a digital dollar. Not necessarily. Although blockchain is often touted as a fundamental component of commercial digital currency, it is not mandatory for a digital dollar or for other CBDCs. Indeed, China has launched a digital yuan that uses existing technology rather than blockchain. While blockchain has advantages, it isn’t a requirement.Misconception 3: Digital dollars will replace paper currency. Not anytime soon. Even if a digital dollar is issued, paper money would still be available, for use in transactions, including ATM withdrawals. Digital dollars would be an additional form of currency in circulation that could be accessed and used virtually. How fast its use will expand, depends on how quickly digital dollars are accepted by the public.Misconception 4: A digital dollar will take the form of a token that you can put in your pocket. This one seems to come from a term used in the commercial cryptocurrency realm. The term doesn’t describe a physical token, but rather a unit of virtual cryptocurrency. You won’t be able to touch a digital dollar any more than you can touch a Bitcoin. However, it helps to visualize digital currency in a more concrete way. How can CFIs plan for CBDCs?

Not all CFIs will be participating right out of the gate. But, if you have digitally-savvy customers and expect they will need your support, when CBDCs come out, you will want to be ready.
Subscribe to the BID Daily Newsletter to have it delivered by email daily.