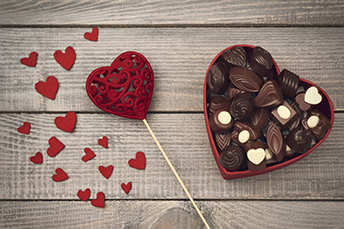 risk management
fraud
Summary: The number of SARs filed by depository institutions regarding elder financial exploitation rose 67% between 2017 and 2020. As community financial institutions strive to stem senior financial abuse, this issue will only continue as the population is aging. We explain other factors in play and provide three defenses to combat elder financial abuse.
Share this Article:
Did you know that Richard Cadbury was the first to create a box of Valentine’s Day candy at the end of the 19th century? It has grown in popularity since then, with 35MM boxes of heart-shaped candy expected to be sold today. Indulging in some Valentine’s Day chocolates may be a good way to take a break from today’s problems.  Unfortunately, elder financial abuse is an ongoing and growing problem that bankers need to face. It is aggravated by an aging population and a rise in self-directed retirement plans that put large lump sums under the control of elderly retirees. Exploiting the elderly is a consistent money-maker for scam artists. Still, the size and scope of the problem for financial institutions are eye-opening. Furthermore, it promises to get worse as the population ages, which means that community financial institutions (CFIs) will need to be extra vigilant about guarding against elder financial fraud. SARs related to elder financial exploitationInterestingly, the total number of Suspicious Activity Reports (SARs) on elder financial exploitation that are filed annually by all types of financial institutions has been fairly flat from 2017 to 2020. But the number of SARs filed by depository institutions has risen steadily, from 21.8K in 2017 to 36.5K in 2020. These institutions accounted for almost 60% of the SARs filed in 2020. At the same time, some other financial institutions like money service businesses have seen far fewer elder SARs. This could indicate that scam artists trying to defraud the elderly have been increasingly targeting banks and credit unions as their preferred vehicle, perhaps because the elderly tend to be loyal and long-standing customers at these institutions.The amounts they are trying to extract from the elderly have been rising too. Reported dollar amounts of suspicious activity by all financial institutions surged from just under $1B in 2014 to $3.4B in 2020. As bad as these statistics sound, they are only a partial picture. Only a fraction of elder financial fraud is thought to be reported, often because the victims are embarrassed. There are several possible reasons for the rise in incident reports at banks and credit unions. Banks and credit unions have a watchful eye. One possible explanation is that CFIs have become more vigilant in monitoring for elder financial abuse and so are filing more SARs. Demographics probably play a role. The American population is aging, which provides more possible victims of elder financial abuse. About 10K Americans will turn 65Ys old every day through 2030; by then, there will be 74MM of us over 65, or one in every five Americans. Old age comes with a rise in cognitive decline, which scammers exploit. A major change in pension style is also coming into play. Earlier generations enjoyed defined-benefit pensions. When they retired, they received regular monthly pension payments and did not have to manage their pension assets themselves. But the switch to defined contribution plans like IRAs and 401(k) plans means those retirees can manage their own retirement funds, and these large lump sums can be tantalizing targets for financial fraud.For CFIs, combating elder financial abuse promises to be an ongoing battle. Here are three defenses.
Seniors and their accounts are and will continue to be subjected to financial fraud and abuse. Preventing those abuses will be a challenge for the foreseeable future, but one that CFIs must face head-on.
Subscribe to the BID Daily Newsletter to have it delivered by email daily.