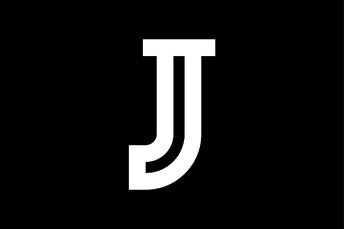 Will CFIs Have Enough Reserves For CECL?

Summary: CECL is coming and yet myths abound on what that actually means. This can be confusing for many financial institutions, causing some to delay adoption unnecessarily. With most community financial institutions having to adhere to CECL, we bust 4 common myths, based on our discussions with early adopters.
Share this Article:
Do you happen to know which letter was the last one added to the modern English alphabet? A reasonable guess would be the last letter, Z. Yet, the answer is near the middle of the alphabet - the letter J. The letter J was actually an adaptation of the letter I. In the 15th century, the English language was standardized, and in 1604, the first English dictionary was published, adding the letter J. This may be an example of how the adoption of some standards is not always a straight path from A to Z.While many bankers are working on the adoption of the accounting standard for current expected credit losses (CECL), they may find detours on their path as well, including some CECL myths. When we started with CECL, the initial expectation from most of the big banks was that there would be a significant increase in reserves overall. Then, the pandemic hit and credit loss reserves increased dramatically from $13.9B to $52.7B. But, as of Q1 2021, $14.5B of reserves had been released, according to the FDIC Quarterly Banking Profile. So, what is going on with the reserves? The September 9 Report by the Congressional Research Service notes that it remains very difficult to determine which changes in reserves are a result of the pandemic and which are driven by CECL.  Given that it’s difficult for the experts to separate the impacts of COVID and CECL on reserves, it is not surprising to hear that certain myths have surfaced. We bust four CECL myths to ensure that you are well-informed as you implement CECL. Myth 1: CECL will be delayed. At a recent year-end presentation by accounting firm, Plante Moran, 10% of the audience believed that CECL was going to be further delayed. While anything is possible, a further delay in CECL is quite unlikely. The standard became effective for most SEC filers in fiscal years and interim periods beginning after December 15, 2019 (with temporary relief in the CARES Act). For all others, it takes effect in fiscal years beginning after December 15, 2022. As to when regulatory agencies expect you to start working on CECL, it seems to vary by geographic region. We have heard about requests for CECL implementation plans by regulatory agencies on the coasts, while others in the Midwest report being told that running in parallel for two quarters is sufficient. Regardless of where you are located, plan on applying the CECL accounting standard. Myth busted!Myth 2: CECL will cause your reserves to dramatically increase. We’ve been actively working with community financial institutions (CFIs) on CECL since 2018. Now, nearly 4Ys later, most CFIs report that their reserve rate hasn’t materially changed. What has changed is the proportion of the reserve based on qualitative factors. Generally, when compared to incurred loss, qualitative factors are smaller under CECL as the CECL models are more inclusive than incurred loss. Obviously, if you are currently under-reserved compared to your peers for loans of similar characteristics, you are likely to see your reserves increase. However, we find most successful CFIs are reasonably prudent and are likely to expect minimal changes in their final reserve rate (assuming similar economic conditions).  Myth busted!Myth 3: CECL requires lots of data. It is true that when discussions with CECL started, we were among the very many who advised that you focus on your data. After all, CECL requires an adequate history of loss data. Over the years, what we’ve found is that most successful CFIs don’t have a deep history of losses. Furthermore, with the release of SCALE, the use of supplemental data has come into full acceptance. If you have access to relevant supplemental data (assuming no deep history of losses), you don’t need to spend time and energy cleaning and auditing historical data. Instead, focus on cleaning your current period data and identifying the right supplemental data for your institution. Myth busted!Myth 4: Adopting CECL takes time.  This myth contains elements that are true. It’s true that it takes time to understand what’s different under CECL, as would be the case with the adoption of any new standard. Internalizing this complex standard takes time. However, running in parallel helps you understand it better, as well as provides time to test and validate assumptions. Having said that, with reasonably clean data and vendor support, most CFIs can get CECL estimates within 90 days. (Assuming, of course, that you and your vendor answer each other’s questions promptly.) For information on finding the right vendor, review our previous BID article on this topic. Myth mostly busted!If you are not using a vendor, then you have much more to learn, research, and discuss. You’ll need to verify that you have relevant and predictive sources of supplemental data that are appropriate for an institution of your size and complexity. You’ll want to review your model assumptions for completeness and suitability and you’ll need to talk with your auditors and examiners about how your model was built. Hopefully, by myth-busting these CECL assumptions, we have given you the information you need to move forward with CECL implementation. If you’re finding your CECL adoption is not going as smoothly as you would like, are unsure if SCALE is for you, or you need additional guidance, we can help you with that. Contact us today.
Subscribe to the BID Daily Newsletter to have it delivered by email daily.

We know that not every banker has the same needs. So CECL FIT® gives you options to custom-fit your portfolio. Start with a small package ad you can still upgrade as you grow. Learn more about our CECL FIT solution.