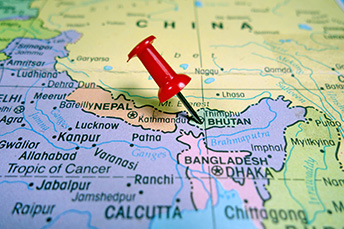 Summary: Community financial institutions serve their communities well in many different ways. They provide guidance, donate their time, and provide financial support. But, could they leave a more lasting legacy by establishing a charitable foundation? We try to answer that question by exploring the idea and providing you with three important reasons to consider.
Share this Article:
Have you heard of the Gross National Happiness (GNH) Index? The 4th King of Bhutan, King Jigme Singye Wangchuck was the first to coin the term “gross national happiness” in 1972. Later, the index was created in Bhutan as a metric that includes “non-economic aspects of wellbeing” such as, education, community vitality, and health, for a holistic view of a country’s progress. Even though Bhutan is the only country currently using the GNH Index, we thought it was pretty interesting.Even though the GNH Index isn’t used in the US, community financial institutions (CFIs) have always supported their communities’ holistic wellbeing. One bold yet valuable way to facilitate this is to establish a charitable foundation. The Council on Foundations states a foundation is “an entity that supports charitable activities by making grants to unrelated organizations or institutions or to individuals for scientific, educational, cultural, religious, or other charitable purposes.” But, many CFIs support charitable causes without a foundation. So, why would your institution want to establish a foundation? Here are three important reasons to consider. 1. Steady giving through economic ups and downs

First, a foundation can immunize an institution’s giving against economic downturns and the natural ups and downs of an institution’s annual performance. Establish a foundation and fund it. As long as you make a practice of funding the foundation during the good times, it will be able to continue donating to community causes during the leaner years. Because community boats often rise and fall together, the leaner years are often exactly when community causes need the most help. “I served as chairman of the United Way, and I learned that when it’s a tough economic year, the giving from companies slows down,” says Robert Marling, who is chairman and CEO of a CFI in TX. “That’s also exactly the time when charities and organizations need more support. A foundation is not subject to the whims of the bank, if there’s an economic downturn.”2. Support your community even if the bank changes hands

A charitable foundation can also outlast a change in ownership. Mergers and acquisitions have been vigorous in recent years, with some CFIs snapped up by larger organizations that may not know the local lay of the land quite so well. A foundation can keep sponsoring the local Little League team or bowling league, even if those small giving opportunities aren’t something new ownership knows about or is interested in. The same is true if the institution should go public. In addition to providing a continuing source of funding for the charities that have come to depend on them, a foundation can help a publicly-owned financial institution retain some of its community spirit and roots. Also, a foundation can continue, even if the institution that started it goes out of business. 3. Give in different ways

A CFI doesn’t have to limit its community giving by choosing either a foundation or ad hoc contributions. It’s quite possible to do both. For instance, regulations prohibit bank foundations from supporting events or organizations. Yet, your institution can give directly to either one. So, you could contribute to the United Way or sponsor a fun run directly, while your foundation gives to a food shelf. Or the foundation could support ongoing community efforts, while the CFI helps one-time causes and immediate needs.Modest set-up costs

Beginning and operating a foundation is typically not expensive or complicated. You’ll need articles of incorporation, bylaws, a tax ID, and a tax exemption. Your compliance team may have the regulatory knowledge you’ll need, while an attorney or accountant who already works for you can likely handle the rest. Establishing a foundation doesn’t need to be complicated or time-consuming. It can help you support the community values you cherish by stewarding your community contributions in a lasting way.
Subscribe to the BID Daily Newsletter to have it delivered by email daily.