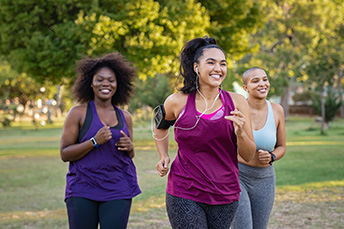 De Novos Are On The Rise – Trend Or Blip?

de novo
bank mergers
Summary: De novo applications and new bank launches have been trending up in 2020 and 2021. Favorable signs include rising investor confidence in new banks and government encouragement of new banks in rural and underserved areas. This year, there were nine new banks for every 100 lost, compared to only two banks for every 100 lost during the previous decade. While this is good news, is it a trend? Here is our insight.
Share this Article:
If you start a new habit, like exercising every day, it takes time before the habit becomes a long-term behavior. How much time? According to research published in the European Journal of Social Psychology, it could take up to 254 days! But, don’t get discouraged, good habit formation took only 18 days, for some people.While you ponder which category you may fit into, we turn to another type of formation – bank formation. New bank formation is inching upward and could reach higher as several favorable trends continue to point toward more de novo banks in the future. Investors seem to be more interested in participating in new bank formations, while the government has been looking favorably on de novo formation, particularly those focusing on rural or underserved areas.  De novo by the numbers

Calling the recent group of new bank applications and formations a significant trend may be a little premature. Mergers are still reducing the number of existing banks and there are far too few new bank formations to replace the loss. Since 1990, more than 2,900 de novo banks opened, but almost all of that activity took place prior to the Great Recession. From 2000 to 2009, an average of 132 de novo banks formed each year. Since then, the average has been just seven per year. Furthermore, merger activity has been brisk for decades, taking out far more banks than are being created. From 1990 to 2008, 32 new banks were formed for every 100 that either merged or failed. From 2009 to 2020, an average of just two new banks formed for every 100 lost. For 2021, the rate has improved to about nine new banks for every 100 lost, but that is still a long way from the 32 average of the earlier period . Why de novo activity is on the rise
The bottom line is that investors like what they see in the de novo space right now and are backing these startups. It’s far from a stampede, but it is still a positive shift in increasing the number of community financial institutions.
Subscribe to the BID Daily Newsletter to have it delivered by email daily.

PCBB not only has the expertise and services to successfully help launch new banks, but also the solutions to help them grow and succeed. Know someone interested in starting a bank? Refer them to us so they can get started right away.