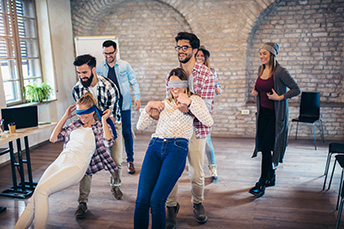 Have You Considered These Cyber Risks With Your M&A?

cyber risk
M&A
bank mergers
Summary: Bank mergers and acquisitions in the US hit $52B at the end of September, according to S&P Global and community financial institutions have been very active players. While exploring this option and developing your M&A strategy, it is important to not only consider the usual operational and credit risks, but also the potential for increased cyber risk. Here are three cyber risks to put on your radar.
Share this Article:
Workplace trust is key for the performance, innovation, and longevity of organizations. So, we found it interesting that the Harvard Business Review reported 58% of respondents trusted strangers more than their own bosses. This is likely not the case with community financial institutions (CFIs) as they are more in-sync with their staff, but interesting information nonetheless.Trust is also important in merger and acquisition deals, which have been booming lately. Indeed, by the end of September 2021, M&A activity among US banks was already nearly double the total deal value of mergers for the entire year of 2020, according to S&P Global Market Intelligence. As we noted in our BID article, Bank Merger Deals Hit $52B – How Will Community Banks Fare, it is not just the big banks doing deals either. The activity includes community banks and credit unions pairing up as well as community banks buying other community banks. The strategic merger can expand local presence, boost scale, and provide operational efficiency. But given all the moving parts of a merger — technologically, managerially, operationally, and more — CFIs must be on their guard to protect against particular cybersecurity vulnerabilities that can arise specifically during M&A. Three cyber risks
These potential bank merger cyber risks should be on your radar, if you plan for any type of merger or acquisition. Make sure to have a strategy in place that incorporates both these potential perils and the ways to prevent them. This preemptive plan could save you not only time and money, but also reputation.
Subscribe to the BID Daily Newsletter to have it delivered by email daily.

Financial institutions need to be prepared for the transition from LIBOR to SOFR. We make it easy by supporting LIBOR, SOFR, and fed funds. Learn more in our SOFR Resource Center.