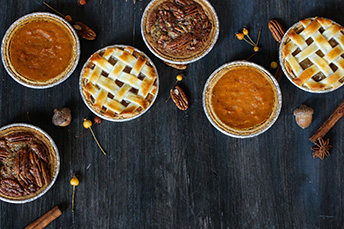 Bank Merger Deals Hit $52B – How Will Community Banks Fare?

small business
M&A
bank mergers
Summary: The pace of bank M&A this year has been high with 19 deals worth almost $12.5B in September alone. Community banks have been on both sides of the table in M&A activity this year. Here are the latest bank merger numbers along with some of the reasons to merge and the results of this continuing consolidation of community banks.
Share this Article:
As we kick off December today, we note that it is also National Pie Day. Obviously apple pie is the American favorite with 19%, then pumpkin (13%), pecan (12%), banana cream (10%), and cherry (9%). Ninety percent of Americans say that enjoying a slice of pie is one of life’s simple pleasures. Enjoying pie is definitely a nice break from the otherwise hectic pace of the holidays. The pace of the holidays is not the only thing that bankers have to keep up with these days. The pace of bank mergers has picked up this year and is headed toward a record, with lots of action among community banks. If you’re not looking to buy another community bank, there’s a good chance someone’s looking to buy yours. Deals are popping up everywhere and it’s shaping up as a potential record year for bank mergers. Here are the latest highlights of bank M&A.Deal prices and pace are high

M&A deal value in September was $12.46B with 19 deals reported. This brought the announced deals YTD to almost $52B. At this time last year, there were just $27.8B in deals.The pace of mergers shows no sign of letting up, even as prices rise. Through September, the median deal value-to-tangible-common-equity for 2021 rose to 152.5% from 134.8% for all of 2020. There are deals at just about every price point, although in terms of the number of deals, the most action is among community banks. Strong banks buying competitors

Indeed, several studies of community bank mergers have found that basic economics have been and continue to be the drivers of the urge to merge. Community banks with good performance numbers tend to swallow neighbors who have somewhat weaker performance. The acquired bank is paid a premium, made possible by the strength of the acquiring bank. This helps some smaller banks that are finding it more difficult to compete, particularly when technology advances and digital solutions are being rolled out at a rapid pace by larger banks and new digital banking service competitors. The merger also allows the acquirer to expand in and around an existing footprint. It seems like a win-win. Fewer community banks

Concerns continue about the effects of continuing consolidation on local communities, specifically small businesses. A Harvard Kennedy School study reports that 77% of agricultural loans and 50% of small business loans are covered by community banks. As the number of banks declines in various communities, so will credit access for many. Already, it has been determined that “one-third of rural counties do not have a local bank, up from about 14 percent in 1995,” according to the Institute for Local Self-Reliance.The situation is a tough one. Community banks are faced with increasing competition from both big banks and technology companies. Looking to thrive or just survive, community banks need to partner, merge, or expand. The best way to do that will depend on the bank, its strategic plan, and the community. But, the more consolidations that take place, the harder these decisions will be to make.
Subscribe to the BID Daily Newsletter to have it delivered by email daily.