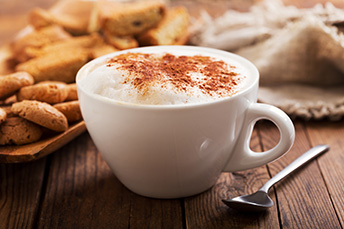 Managing The Effects of Revenue Recession

profitability
PPP
Summary: The S&P 500 bank index rose 2.6% in October, in large part due to the increase in bank profits. Yet, these profits may be short-lived in the current low NIM, low lending environment. We discuss the challenges that financial institutions are facing and explain how some are generating revenue despite these challenges.
Share this Article:
Today is National Cappuccino Day. First made in the 1930s, the cappuccino was named after the Capuchin friars, as a reference to the color of their habits. It was served in northern Italy with whipped cream (versus steamed milk) and cinnamon sprinkles. To celebrate this day, you may want to get one of these special coffee drinks, with or without cinnamon sprinkles. Wall Street has also been celebrating lately. Bank profits increased, pushing bank stock prices higher in October trading. The S&P 500 bank index rose 2.6%, as of October 15, 2021. But behind the good news lies a troubling trend. Revenues have been stagnating, leading to what has been termed a revenue recession. We explore some of the challenges of the revenue recession and share ways some financial institutions are boosting their revenue despite these challenges. Revenue/asset ratio shrivels

The revenue conundrum takes on many faces. The FDIC noted the revenue problem in its second-quarter review of bank performance. It pointed out that while net operating revenue increased on an absolute basis, the ratio of net operating revenue to average assets continued to decline this year. The ratio was 3.62% for Q2 2021 — the lowest point since Q3 1984. Breaking out community banks from those FDIC statistics shows that community banks also enjoyed improved profits, while facing narrowing net interest margins. While revenues grew, net operating revenue to average assets fell to 3.97%, the lowest level since 2009. Some profits short-lived

One of the ways big banks have grown profits this year has been the release of reserves that were built up as protection during the economic dislocations of the pandemic.  These institutions have been able to draw down those reserves as the economy improved.  But those releases are expected to slow, while they continue to hunt for new ways to fuel revenues.For community financial institutions (CFIs), part of what’s boosting their financials is an increase in net interest income from payoff and forgiveness of Paycheck Protection Program (PPP) loans. CFIs were major players in the PPP market. But PPP revenue won’t be around for much longer. Sluggish loan growth continues to weigh on all financial institutions (FIs), large and small, as lingering pandemic issues remain a drag and supply chain disruptions hinder business expansion. Absent stronger loan demand, FIs will need to find other ways of boosting revenue.Potential revenue opportunities

1. BNPL. The hunt for new revenue has cropped up in quarterly earnings calls by big banks. In several calls, Buy Now Pay Later (BNPL) has been mentioned. This is one of the hot topics in consumer finance right now. This installment loan product, currently dominated by a few fintechs, is touted as a breakout financial innovation that could provide billions in new revenue to FIs. According to Worldpay, BNPL could expand at a compound annual growth rate of 28% hitting $166B by 2023. Nevertheless, only a few FIs have so far launched a BNPL product. Since BNPL competes with credit cards, they have been hesitant. But, now could be particularly timely for many FIs, which are dealing with new card issuance difficulties, as a result of the global chip shortage.2. Wealth management. Several big banks reported that their wealth management services performed well in Q3 due to an environment of high investor liquidity along with a desire to borrow against their portfolios. According to a report from BCG, worldwide financial wealth surged to a record $250T in 2020.Wealth management isn’t only for the big banks. As we reported in an earlier BID, as many as 37% of community banks included wealth management services in their offerings. This area of revenue opportunity is less volatile than others dependent on rates and it allows you to diversify your income.   As we all work through the current revenue recession with low NIM and soft lending activity, additional areas of revenue are definitely welcome. BNPL and wealth management are a couple to consider, but there are others too. We can help you explore a few more. Contact us for more information.
Subscribe to the BID Daily Newsletter to have it delivered by email daily.