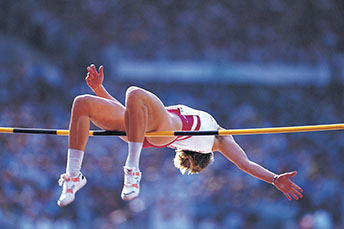 cybersecurity
cyber risk
cyberthieves
risk management
Summary: Cyberthieves are not slowing down. But, the Financial Services Information Sharing and Analysis Center provides an option to help. Thousands of financial institutions have joined an initiative to pool online intelligence information to fight back. Could your institution benefit from this too?
Share this Article:
Olympic high jumpers, Gianmarco Tamberi of Italy, and Mutaz Essa Barshim of Qatar, tugged at the world’s heartstrings during the 2021 Summer Olympic Games when the two longtime friends and rivals declined a jump-off in favor of sharing the gold medal. The shared medal captured the attention of news organizations and social media worldwide, but it is far from the first time such an outcome occurred. Since the first Olympic Games, competitors have shared 121 medals at Summer Olympic Games and 30 at Winter Olympic Games, demonstrating that many Olympians truly are the epitome of sportsmanship. If fighting fraud were a sport, financial institutions (FIs) would be flexing their sportsmanship muscles too, these days. Competing financial institutions are setting aside their differences to share data in order to more effectively counter cybercrime. As the banking industry continuously finds itself under siege by cyberthieves, many FIs understand the value of joining forces to more effectively fend off cyber threats through shared information. The cyber stakes were raised during the pandemic. Realizing that more comprehensive information regarding virtual activities can enhance artificial intelligence (AI) and enable quicker and more accurate identification of potential fraud or security risks, FIs have voluntarily begun sharing their customer data and online intelligence information through a pooled intelligence initiative by the Financial Services Information Sharing and Analysis Center (FS-ISAC). This nonprofit organization is an “industry consortium dedicated to reducing cyber risk in the global financial system.” In 2015, the FS-ISAC first tried to foster data sharing among FIs, but it didn’t gain traction. The effects of the pandemic ignited interest in finding ways to combat rapidly rising cybercrime.We covered this idea in an earlier BID article. But, it is more relevant than ever, so we explore this shared experience initiative further today.Global pooled resources