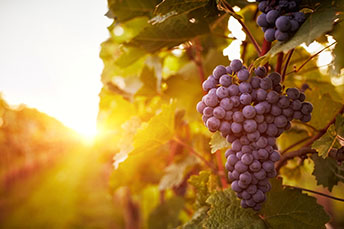 How Are CFIs Doing With The LIBOR Transition?

lending
hedging
SOFR
Summary: The LIBOR transition is well underway. But, how are financial institutions doing in their progress, with the deadline of January 1, 2022, looming? Some institutions have made firm decisions on the replacement index, while others are considering multiple replacement rates. We explore the findings from a recent accounting firm survey to give you an idea of how you compare to your peers in the LIBOR transition.
Share this Article:
We were surprised to find out that the first commercial winery did not open in Virginia, New York, or California. Believe it or not, it opened in Kentucky in 1799 by John Dufour, a Swiss vintner. He found a perfect spot on the Kentucky River. From there, he set up his winery and was on his way to spreading his special wines throughout the region. Similarly, the transition of LIBOR has been spreading throughout the banking industry. A recent LIBOR transition survey from Crowe LLP focused on community financial institutions’ (CFIs) preparedness. So, we share some of the findings, allowing you to compare your progress with your peers.  Deadline is imminent

Many of those surveyed have the LIBOR transition deadline on the top of their priority list, since decisions are being made. This is good news since financial institutions will begin new transactions involving a new benchmark lending rate as of January 1, 2022. Some LIBOR rates will continue to be published through the middle of 2023, allowing about two-thirds of outstanding bilateral loan contracts to naturally mature and the rest will need to convert to another rate index. LIBOR exposure

All banks that participated in the survey said that their biggest LIBOR exposure was through loans (91%). Still, 50% of financial institutions with assets less than $10B also had exposure through securities and debt, with 56% of these institutions noting exposure through derivatives. With more than one area of exposure, it is especially important to choose a replacement index soon to successfully transition by the due date. What is the most popular replacement index others are choosing?

Half of the participants said that their banks had chosen a replacement rate for LIBOR. In regards to loans specifically, about half of the surveyed banks said that they were considering the use of multiple replacement rates. Of those considered, 88% are leaning towards choosing the Secured Overnight Financing Rate (SOFR), while Prime was popular with a significant proportion, especially among institutions with assets less than $10B (78%). The American Interbank Offered Rate (Ameribor) caught the attention of 35% of banks, while 23% were considering the Bloomberg Short-Term Bank Yield Index (BSBY).Among banks that have made firm decisions for “the majority of their LIBOR exposure”, 80% of banks with assets of less than $10B chose SOFR. Prime was the next most popular choice at 37%, followed by Ameribor (27%) and BSBY (13%). While SOFR is the most popular by a long shot, why isn’t the move to SOFR unanimous? Meredith Coffey, who is a member of the Alternative Reference Rates Committee (ARRC), as well as executive vice president of the Loan Syndications and Trade Association, says that lenders and borrowers “really want a rate that is known in advance of the interest period.” Term SOFRTerm SOFR is an option that can help with that. Term SOFR operates similarly to LIBOR, whereby rates for an interest accrual period are known at the beginning of the period (determined “in advance”). Using this method requires updates to documentation and operations, but no difficult math. There is also SOFR compounded in arrears, which requires updated documentation and operations, as well as potentially complex calculations. More complicated math is especially likely if the principal can change during an interest period. Yet, PCBB can help you out with the SOFR compounded in arrears to make sure it is done right.  While there are several replacement choices available, SOFR seems to be the overwhelming index replacement choice right now. Still, whatever index you choose to replace LIBOR, remember these important words from SEC Chair Gensler in the ARRC’s Final Year webinar, “make sure it is an index that is resilient.”
Subscribe to the BID Daily Newsletter to have it delivered by email daily.