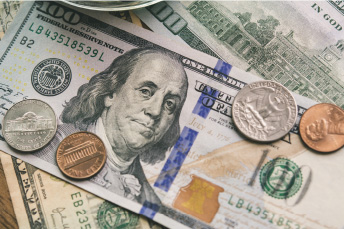 Hospitality Industry – Is It Out Of Intensive Care Yet?

lending
business customers
coronavirus
Summary: The hospitality industry was hit hard by the effects of the coronavirus. Yet, community financial institutions that lend to hotels and other hospitality-industry businesses are seeing a drop in loan delinquencies. With the recent Delta variant and increasing rates of infection, will loan delinquencies change course and do a U-turn?
Share this Article:
“Cold hard cash” was a phrase that came about when merchants and traders noted a difference between durable coins that were cold and hard vs. gold and silver coins that were warm and wore out faster (soft). Today, the phrase usually refers to both coins and paper money and means it is immediately usable for payment, compared to other sources of payment such as credit cards.   Unfortunately, cold hard cash eluded the hospitality industry for many months due to COVID-19. With people stuck at home and not traveling or eating meals out, the pandemic caused more than 670K hotel jobs and nearly 4MM hospitality jobs to disappear over the course of 2020, according to numbers from the American Hotel and Lodging Association. So, how is the industry fairing today? Hospitality industry update

It seems hospitality is out of intensive care, metaphorically. Pent-up demand after months of isolation at home created a large increase in summer vacations, especially within the US. Hopper, a travel-booking app, saw nearly a 75% increase in searches for late-summer flights after the FDA approved a third COVID vaccine. Traffic on Kayak, a travel search site, has grown by 27% each week since the spring. Hotelier Marriott International reports that its sales more than doubled in the second quarter over the same period a year ago. In June, Marriott reported $422MM in profit — a big jump from last year’s $234MM second-quarter loss. The momentum continued through July.Subsequently, community financial institutions (CFIs) that lend to hotels and other hospitality-industry businesses are seeing a corresponding drop in loan delinquencies. The total delinquency rate on commercial mortgage-backed hotel industry loans dropped to 14.2% in May 2021, from an all-time record of 24.3% in June 2020, according to Trepp. While this is a step in the right direction, the sector’s troubles may not be fully over. Ongoing challenges

Infections increasing. The Delta variant is increasing both hospitalizations and deaths, after a significant period when vaccination rates pushed both figures down. For the first time since February, the US averaged more than 100K new infections daily in early August.  Now, both the seven-day average of new case reports and deaths have approximately doubled between the third week of July and the second week of August. These figures mean that more people are beginning to hesitate to make and quick to cancel travel plans. Businesses are less likely to approve work-related travel for their employees too. Labor shortage. An ongoing labor shortage also means that hotels struggle to meet new demand. Last year’s layoffs gave workers a chance to reassess their work lives and sometimes to reskill. Now a third of former hospitality employees say that they don’t plan to return to the industry, according to a Joblist survey of 13K hospitality workers reported in Business Insider. About half the survey participants who said they weren’t coming back said that they wanted a different work setting. A third wanted better benefits, just under half wanted higher pay, 20% want more flexibility, and 16% want to work remotely at their next jobs.Many hotels have had to increase the wages they pay to attract and retain workers. Meanwhile, the average wage in restaurants surpassed $15 per hour for the first time. Still, this may not be enough for many employees to return. There are many contributing factors in the ongoing recovery of the hospitality industry. Yet, it is encouraging that some progress is being made. To keep your business customers in the hospitality industry on the right path, make sure you stay close to them. That could determine their resilience and your success.
Subscribe to the BID Daily Newsletter to have it delivered by email daily.