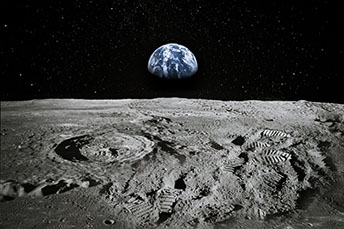 payments
cash management
Summary: Overdraft fees have taken center stage lately. Ally Bank announced it will eliminate overdraft fees for its customers, while several other financial institutions have been redefining their overdraft approaches. We provide you with the current background on overdraft fees including the reasons why overdraft fees are in the spotlight right now.
Share this Article:
US history is filled with “firsts.” While it is hard to capture all of them here, a few include: the first solo, nonstop, transatlantic flight (1927); the first time a man walked on the moon (1969); the first woman Supreme Court justice (1981); and the first Black US President (2008). While these major historical events led us to where we are today, another “first” may be shifting things specifically for the financial industry.Just recently, Ally Bank made headlines as the first major bank to eliminate overdraft fees. The move comes as a number of other financial institutions are rethinking their approach to overdrafts. To bring you up to speed, here are a few more notable examples, along with some background on the current overdraft issue, as you review your own policies. Examples of overdraft strategy shiftsAccording to its website, Cullen/Frost Bankers, under certain conditions, is offering “fee-free overdrafts up to $100.” For its part, Huntington Bank offers a line of credit up to $1k for customers who sign up for automatic payments, which it touts as a way to “help customers avoid overdraft fees and build credit.” To try to hinder overdraft charges, Bank of America added a small-dollar loan offering to its product assortment at the end of 2020. Similarly, US Bancorp introduced its small-dollar loans about three years ago and reported a YoY decrease in overdraft charges in 2019. Lastly, TD Bank announced plans to roll out a no overdraft-fee account in August of this year. Press and legislative attention  Certainly, it’s a topic that’s gotten increased play in the press, from CBS News and CNN to Wall Street Journal, S&P Global Market Intelligence, Forbes, and USA Today. CNBC even published a current list of seven checking accounts without overdraft fees, though six of the seven are provided by online-only banks.It’s also garnered attention from Washington, where Democrats have been looking to slash these fees. At the end of June, New York Congresswoman Carolyn Maloney reintroduced legislation that would make it unlawful for banks to charge more than one fee per month and would place other restrictions on their overdraft practices. Similar legislation has been proposed in the past, so it’s worth watching to see where this latest effort goes.

Why are overdraft fees in the spotlight right now?Overdraft charges rising. In April 2020, overdraft fees were at their lowest, costing Americans an average of $33.77 per month, according to Cushion.ai, a service that helps consumers recover fees. In June 2021, that number had climbed 205% to $103.16 per month. S&P Global Market Intelligence reports for Q4 2020, overdraft fees hit $2.32B, an increase of 64% from the low in Q2 2020. That said, this number is still down 24% YoY. Important revenue for FIs. Overdraft fees are a valuable revenue-maker. They make up the largest part of service charges, so any changes (one way or another) are often felt by financial institutions (FIs) substantially. Big banks rake in about $4B from these fees and for others, they still provide a comfortable profit. With interest income compressed right now, this fee income is especially important.

Not just an issue for consumers, but businesses tooWhile it’s traditionally been seen as a problem affecting consumers, overdraft fees are being levied on the business side as well, a practice that hasn’t gone unnoticed by small business customers — or the competition.Notably, NorthOne, a banking app for small businesses, announced in June the elimination of all non-sufficient funds and overdraft fees, a decision that applies to current and future customers. The new pricing structure allows NorthOne customers to pay $10 a month for an account and $15 for each domestic wire payment sent or received.Certainly, many FIs are offering overdraft protection for businesses, often for a fee. FIs also may have built-in processes to help keep the issue from occurring, such as account balance alerts. But as the overdraft issue continues to take center stage, competitive demands may require FIs to rethink their previous strategies as they pertain to overdraft fees and overdraft protection.We’ll be keeping our ears to the ground to see how the situation with overdraft fees continues to shape up.
Subscribe to the BID Daily Newsletter to have it delivered by email daily.