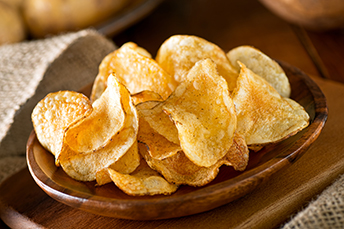 credit cards
payments
Summary: Post-pandemic supply chain shortages are affecting many areas, especially computer chips. This could impact the availability of the chips used in bank cards. Both card-issuing financial institutions and their customers would suffer as a result. We provide the lay of the land and give you three ways to mitigate the effects of the chip shortage proactively.
Share this Article:
Potato chips were first made in Saratoga Springs, NY and so were called, “Saratoga chips.” The folk tale says that NY chef, George Crum, made his fried potatoes extremely thin after Cornelius Vanderbilt sent his potatoes back multiple times saying they needed to be thinner. While George thought that it would make Mr. Vanderbilt realize he was being unreasonable, he loved them and the rest is history.Potato chips are still in wide supply these days, unlike other types of chips. Post-pandemic supply chain shortages are affecting many areas, especially computer chips. Now the shortage could impact the availability of the chips used in bank cards. Shortage cause and effects. The chip shortage that began this year has been linked to several causes, including the pandemic-related slowdown in manufacturing and the high demand for electronic devices. One of the first sectors to feel the shortage has been auto manufacturers, which have found themselves struggling to obtain enough chips when supplies were sharply curtailed by orders for computers, tablets, and other devices needed for the stay-at-home population. Some companies even resorted to over-ordering and hoarding due to the uncertainty of last year, which worsened the issue. Now, some payment card manufacturers are warning that they may not be able to secure the chips they need, which could result in delays producing cards for financial institutions (FIs). The chip shortages could stretch out until 2022, which can present a major problem for both customers and card-issuing financial institutions.Possible disruption in transactions. Cards are used for everything from making purchases to using ATMs. More than 10B chip cards are in circulation globally, and greater than 3B are issued annually. If customers can’t get new or replacement cards, there could be breakdowns in their ability to make transactions. Lost income for FIs. Another big problem caused by the chip shortage is the potential income lost for FIs. If the number of cards issued decreases, there could be fewer transactions and with that, a decrease in income.  Community financial institutions (CFIs) are being urged to band together to press their case to government officials and suppliers. The goal is to get bank cards moved up on priority lists for chips, as they become available. But, of course, every other sector is likely out there doing the same thing. In the interim, we provide three ways to help mitigate the effects of this shortage on your institution and your customers.
The chip shortage poses an unusual and unexpected risk for bankers, one that you have little control over. But by being proactive, you can gain a better understanding of the potential effects and plan accordingly.
Subscribe to the BID Daily Newsletter to have it delivered by email daily.