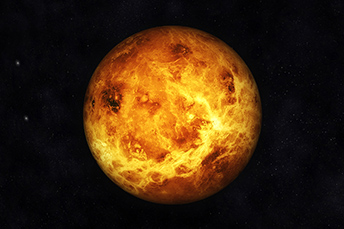 Inflation & Interest Rates – Where Are They Going?

profitability
performance
IRR
Summary: Rising inflation is a hot topic these days. Bankers are watching it closely to see its effects on certain market sectors, and subsequently, on its influence on their margins. Join us as we delve into what economists are saying and how interest rates could be affected. What are the implications of these trends for community financial institutions?
Share this Article:
Did you know that Venus is the planet that has the hottest average temperature of 880 degrees Fahrenheit? While Mercury is closer to the sun, it appears that Venus’ thick atmosphere traps the solar heat to push its temperatures above Mercury’s meager 800 degrees. Hot stuff overall!Talk of rising inflation ahead has become another hot topic of late in the wake of big price jumps in sectors such as gas, lumber, and single-family homes. What are economists saying about inflation, and what does this mean for consumer spending, interest rates, and bank strategy? We provide some insight on these topics to help you plan for the remainder of the year. Inflation starting to riseFed Chair Jerome Powell said in a recent “60 Minutes” interview that the US economy is at an “inflection point” where both economic and job growth are now poised to grow quickly. Fed Chair Powell has indicated that any near-term inflation pressures are likely to be short-lived and that overall inflation will remain low. Yet some are worried that low interest rates coupled with the additional $1.9B in stimulus and large spending proposals from the Biden administration could lead to a spike in inflation, as the economy gains traction. Many economists believe that there is likely higher inflation ahead. Inflation ended 2020 at 1.4%, which was well below the 2.3% rate in 2019. However, opinions vary on how much inflation will rise. Most of the recent inflation forecasts remain relatively modest — despite price spikes in some sectors. A forecast from Kiplinger predicts that core inflation will rise to 2.3% in 2021, while the latest Federal Reserve Bank of New York’s Survey of Consumer Expectations for March estimates that one-year inflation will rise to 3.2%. Another key indicator to watch, the Consumer Price Index, increased by 0.6% in March thanks in large part to a 9.1% surge in gas prices.Inflation expectations for the next 5Ys are now at the highest level since 2011, and bond yields have jumped along with those higher expectations. For example, the 10Y Treasury yield has increased from a low of 0.55% in August 2020 to about 1.74%, as of March 31, with a slight correction since. How will interest rates be impacted?According to Fed Chair Powell, the Fed wants to see inflation move moderately above 2% for some time before it moves to raise interest rates. In the meantime, short and long-term rates have been developing a steeper yield curve with shorter-term rates that remain near zero and longer-term bond yields that have been going up over the past several months. That steeper yield curve could create a more positive environment for financial institutions, allowing them to increase profit margins due to their ability to borrow money short term and lend it out long term.  Long-term rates are likely to continue to rise this year, in part due to a strengthening economy and higher inflation. A recent CNBC report noted that the 10Y treasury will likely “inch higher” this year before halting at about 2%. The Fed has said that it will keep its fed funds rate at or near zero until 2023. Furthermore, few people expect the Fed to drop rates further, barring any unforeseen shock to the economy. A modest increase in long-term rates bodes well for keeping hyperinflation at bay, as long-term rates would need to increase more dramatically for that to occur. What does this mean for community financial institutions (CFIs)?If the current economic condition of modest increases in long-term rates along with a rise in inflation continues, then CFIs (and all financial institutions) should see a boost in profitability in 2021. Net interest margins would increase, giving CFIs much-needed extra income. However, there are still some variables that could weigh on CFI profitability, specifically excess liquidity and weak loan demand. Combined, these are exerting downward pressure on margins. Another less talked about but potential risk to increased profitability is the probability of asset “bubbles” bursting, as low interest rates continue along with too much cash in the system.While the current outlook appears rosier for financial institutions this year, time will ultimately tell. Still, it seems we have turned an important corner and are getting closer to business “as usual.”
Subscribe to the BID Daily Newsletter to have it delivered by email daily.