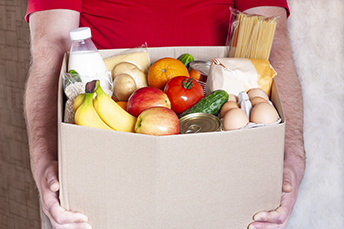 Community Bankers Save The Day

strategic planning
Summary: Community banks are saving the day in many ways throughout their communities. The traumatic effects of the pandemic have made this especially important. Today, we share stories of food bank and meal delivery outreach efforts by banks in Maryland, Washington, Nebraska, California, Iowa, and Michigan. We celebrate them along with all other community bankers during Community Banking Month.
Share this Article:
According to the nonprofit organization Feeding America, unemployment during the pandemic has greatly increased food insecurity in the US. Compared with 2018, 2020 saw the number of people considered food-insecure rise by 13.2MM, to a total of 50.4MM. These Americans weren’t certain of getting the nutrition they needed; 17MM of those were children. April is Community Banking Month, a time we celebrate by talking about the various kinds of outreach community bankers do. We begin by highlighting banks that have been working with food banks and meal delivery to help stem the increase of hungry Americans or thank specific segments of their community. You may have had similar initiatives at your institution or are about to launch them and can get some ideas from your peers. Regardless of the outreach programs you have spearheaded, we celebrate you too during Community Banking Month!
This is the first week of our month-long celebration of all the good work that community bankers are doing in their neighborhoods. Look for our next article on Monday, April 12th!
Subscribe to the BID Daily Newsletter to have it delivered by email daily.