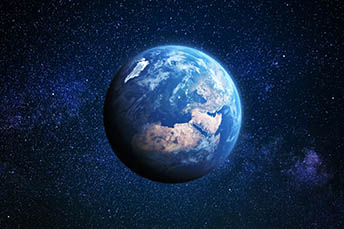 The Year Ahead In Anti-Money Laundering Compliance

compliance
regulatory
AML
Summary: There are several changes on the horizon for Anti-Money Laundering compliance. Community financial institutions need to be aware of AMLA, new criteria for potentially suspicious transactions, and even some of the global strategic initiatives coming. Join us as we share the highlights of many AML initiatives.
Share this Article:
According to an assistant astronomy and astrophysics professor from UC Santa Cruz, the Earth is worth about $5 quadrillion. He used the Earth’s mass, temperature, age, and other factors that directly affect its ability to support life. If planet investing was possible, no doubt money launderers would try to use it to their advantage. Yet, this year could be a monumental one for money launderers and financial institutions. Anti-Money Laundering (AML) regulatory efforts that have been percolating for years are starting to take shape. Given the change in administration and the fact that AML reform has had bipartisan support in Congress, community financial institutions (CFIs) will want to be prepared. Here are a few things to look out for in the year ahead.New domestic laws and rulemaking on the horizon
Global guidelines on the way too
With these and other developments to watch, it’s going to be an interesting year from an AML perspective, so stay tuned.
Subscribe to the BID Daily Newsletter to have it delivered by email daily.

After stress testing your loan portfolio, it is time to test your liquidity. We have a solution that allows you to validate your contingency funding plan, so you are ready for your next exam. Learn more about liquidity stress testing today.