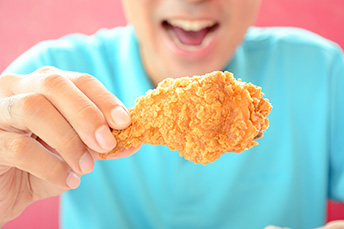 Is The Tide Shifting For Cannabis Businesses?

risk management
business customers
Summary: Bankers have been hesitant to support cannabis merchants despite the legal status of marijuana in many states. We give you an update on legislation, payment solutions, and trade group support that may indicate a changing tide.
Share this Article:
KFC chicken has eleven herbs and spices in its secret recipe for chicken. It probably took a while to get to that winning combination. Similarly, it is taking some time to get everything right for cannabis and hemp commerce.
Cannabis and hemp merchants have been in limbo for quite a few years. While marijuana has been legalized in many states, it is still illegal at the federal level. This has hampered overall commerce, but. the tide may be changing, albeit slowly.
Legislation. More states are approving the legalization of marijuana and the House recently passed the Marijuana Opportunity Reinvestment and Expungement (MORE) Act, which would remove marijuana from the list of controlled substances. Also still in play is The SAFE Banking Act, which would allow federally overseen financial institutions to serve cannabis-related businesses that abide by the laws in the states where they operate. The fate of these bills is still uncertain. Even so, solutions are coming to market, suggesting the winds of change are blowing.
Payment acceptance solutions. Merchants selling cannabis and hemp-derived products generally have to make an all-out effort to offer their customers payment platforms. Now, there are a couple of other payment options on the forefront.
Support for change. While the situation is fluid, it's worth noting that prominent trade groups support opening the banking system to the legal cannabis industry. One example: The American Bankers Association, Credit Union National Association, Independent Community Bankers of America, and the National Bankers Association sent a joint letter to the House in 2019 supporting the SAFE Banking Act. While nothing major has shifted yet, many organizations are in favor of the changing tide.
Subscribe to the BID Daily Newsletter to have it delivered by email daily.