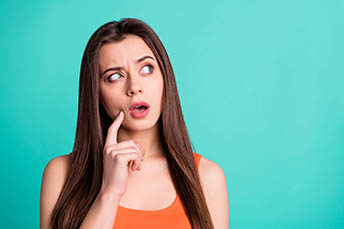 payments
coronavirus
Summary: While QR codes have been around for two decades, they are making a comeback with contactless payments. Are they here to stay?
Share this Article:
We thought it curious that the word, "huh" is understood in all languages. Similarly, QR codes have found their way into most countries in varying ways and stood the test of time.
Originally developed in Japan in 1994 for tracking materials during auto production, QR codes are two-dimensional barcodes that use multiple encoding formats to link to information stored within an application or website. These days, QR codes are being embraced as a method for truly contactless payments. Unlike regular credit card payments that often require a signature or a pin code, QR payments merely need to be scanned. So, it is no surprise that they are now being embraced by major mobile payment providers. QR codes are growing in use and here is why they might be here to stay.
Popularity. QR codes are gaining in popularity. Even before the pandemic, QR codes had already been embraced in many countries around the world, such as Brazil, Asia, and India. In fact, the Reserve Bank of India recently implemented rules that allow for interoperable QR codes to be used across various payment platforms and applications.
Although the QR code hasn't been as widely used in the US, this is changing with the desire for contactless payment options. One of the major drivers of US adoption seems to be PayPal. It reported a 52% increase in payment volume in Q2, much of which was due to QR payments. Further, as more payment providers and retailers advertise the availability of QR payment options, it will only be easier to use, spurring greater adoption. As an example, CVS Pharmacy recently began promoting its acceptance of QR code payments not only through PayPal and Venmo, but also through its more than 8,200 retail locations across the country.
User-friendly and versatile. QR codes have been revived not only due to the desire for contactless payment, but also because of their ease of use and versatility. All smartphones have cameras and a browser interface to use with them. Not only that, Venmo and PayPal recently began providing credit cards that contain QR codes unique to each cardholder. The QR code is printed on the front to make easy payments. When scanned by the Venmo app, the codes can even be used to make peer-to-peer payments. Apple is also working on incorporating QR code payments into its Apple Pay and iPhone offerings.
Digital payments growth. As the pandemic lingers and permanently changes the payment landscape, the QR code will likely remain an element of the digital payment environment which is expected to reach $7T in 2023, according to Accenture. Payment providers are integrating them into their platforms, indicating a high level of commitment. The QR code is one more tool in the digital payments toolbox.
Subscribe to the BID Daily Newsletter to have it delivered by email daily.

The continuing uncertainty due to COVID-19 makes preparing for year-end and 2021 challenging. Our complimentary report, which has been updated to reflect the most current forecasts, can help. The Q3 report is now available. Simply download Reserve Insights: COVID-19 today. Need more assistance? Talk to us about Stress Testing.