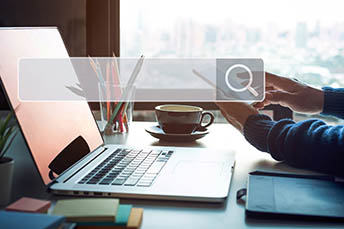 compliance
regulatory
fintechs
Summary: There is a proposal being reviewed by the Task Force on Financial Technology that would enable fintech companies to acquire special charters to act like banks. We give you some key highlights of this proposal.
Share this Article:
Ever wonder where the name, Google, comes from? It is supposedly a twist of the term "googol" which means the number one with 100 zeros, implying a huge amount of data on the search engine. Google's aspirations have certainly pivoted, along with other tech companies, as they now focus on the financial industry.
Tech giants have been inching their businesses deeper and deeper into the world of banking over the past few years, and it looks like their efforts could be helped along by a recent OCC proposal.
The Task Force on Financial Technology is currently reviewing a proposal that would enable technology companies like Amazon to acquire the charters necessary to act like banks. They could do this without obtaining the same money transmitter licensing from individual states that traditional financial institutions must secure. The proposal stems from a recent pitch from Brian Brooks, the Acting Comptroller of the Currency.
Not surprisingly, this possibility has not been well received by traditional financial institutions. The American Bankers Association, the Independent Community Bankers of America, the Bank Policy Institute, and The Clearing House drafted a joint letter to express their opposition. We give you the highlights of the proposal and the concerns of the banking associations.
The Main Argument Supporting the Proposal. The OCC's primary argument supporting the new charter is that making the process less onerous would encourage more fintechs to provide financial services, increasing competition and innovation, both of which would ultimately benefit consumers.
The Banking Industry's Concerns. Meanwhile, the banking industry argues that creating such charters would give an unfair advantage to fintechs by allowing them to circumvent necessary oversight and that doing so would ultimately create systemic risk. A few specific concerns include:
As the group of bankers' associations wrote in their letter so succinctly, "The benefits of financial innovation are only realized when they are delivered responsibly, in a way that does right by customers. This means getting regulation right is critical. We look forward to a continued discussion around these important issues and stand ready as policymakers look to help promote responsible innovation in banking."
Subscribe to the BID Daily Newsletter to have it delivered by email daily.