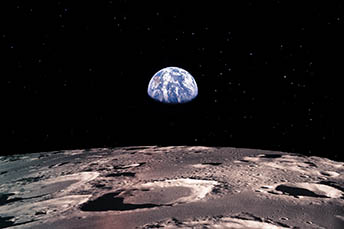 fintechs
M&A
competition
Summary: The Department of Justice is reviewing its bank merger guidelines. The results could help smaller institutions.
Share this Article:
In the 1500s, monks noticed an explosion on the side of the moon. This was most likely a meteor "merging" with the moon and leaving a huge crater as its mark. Some mergers definitely have a greater impact than others.
In that vein, the Department of Justice (DOJ) is conducting a wide-ranging examination of its bank merger antitrust review policies, and the result could favor smaller banks. Changes under consideration could allow smaller bank mergers to move forward without full antitrust reviews.
Such a change could have the effect of removing the DOJ oversight of many of these bank mergers and make those mergers easier and less costly to complete.
Competitive Landscape. Up for reexamination is the 1995 Bank Merger Competitive Review Guidelines. Technology has changed the way financial services are delivered and altered the competitive landscape. Much of the current speculation about where this exercise is heading comes from recent comments by Makan Delrahim, Assistant Attorney General for the Antitrust Division. He has noted that the current rules are a "bit formulaic" and not reflective of new competitive elements in banking, such as disruptive technologies.
Considerations. In its call for comments on changing the rules, the DOJ published a list of questions and issues that it is looking to address, and many of them have particular importance for smaller community bank mergers. For instance, one issue is whether rural and urban markets should be viewed differently, which could mean less restrictive rules for rural areas. Another geographic consideration is whether current methods, which often revolve around competition within a county or metropolitan area, are appropriate. For smaller bank mergers, this could be important, particularly if a different geographic market area designation is less likely to show competitive issues.
Where all this will lead remains to be seen. But in looking over the long list of issues under consideration for changing the way antitrust rules are applied in bank mergers, one proposal that is fairly straightforward is the idea of simply exempting small bank transactions. The trick will be figuring out how to define "small." For community bankers looking for relief from antitrust regulations, this will be key. So, we will continue to keep you updated as this issue progresses.
Subscribe to the BID Daily Newsletter to have it delivered by email daily.

Join PCBB for its latest webinar on using the right approach for credit stress testing, using both state and national data. Find out more and register today for Colorado bankers and North Carolina bankers.