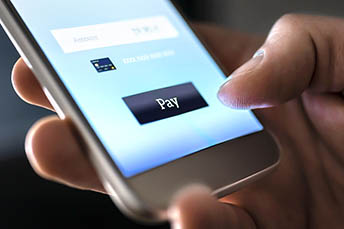 regulatory
payments
Summary: The Office of the Comptroller of the Currency has an innovation agenda and a special purpose payments charter is part of it.
Share this Article:
Experts believe there could be as many as 760MM mobile contactless payment users worldwide by the end of this year. Faster payments are a big deal and the Office of the Comptroller of the Currency (OCC) recently made a move in this area.
The OCC is set to introduce a special purpose payments charter for nonbank payment processors and fintechs -- a move that bank and credit union trade groups strongly oppose.
Payments Charter 1.0, slated to launch this fall, would be akin to a national money transmitter license that preempts state licenses, according to Acting Comptroller Brian Brooks. About 18 months later, Payments Charter 2.0 would be launched, giving nonbanks direct access to the Federal Reserve's payment clearing system, and with that, additional obligations. "Rest assured, these charters will have some kind of financial inclusion expectation, but their regulations won't be heavy-handed or inappropriate," Brooks said.
Seven bank and credit union associations, including the American Bankers Association and the Credit Union National Association, gave feedback. In a joint letter to Brooks, they noted concerns about any charter that "would introduce serious risks" to the role of traditional banks by "unintended consequences." The requests made by this group are to:
Make an open and transparent process for new charters. There are questions around how bank regulations would be applied to the new business models of fintechs. For instance, would the oversight be the same for these charters as banks?
Safeguard bank holding company oversight. Since there doesn't seem to be a specific exemption for this special purpose charter, bank holding company application (BHCA) should be used. This means that the special purpose charter entity must have: FDIC insurance or both accepts deposits and makes commercial loans. Also, any BHCA changes denote a policy change. Subsequently, this would mean this special purpose charter "should be subject to scrutiny in the public notice and comment process."
Brooks responded to the group's letter in a Brookings Institution webinar, stating the OCC will be transparent when granting special purpose payments charters. He also countered the notion that this would be "a lighter-touch charter with fewer obligations." The OCC wants to bring nonbank payment processes "back into the system," thereby creating a more level playing field.
This project ties in with the OCC's latest direction towards innovation. Its innovation agenda not only includes this payments charter, but also AI-based underwriting, the need to update vendor risk management rules to support innovation, and the role of core processors to support innovation, and more.
We truly hope that there is clarity around the OCC's special purpose payments charter soon. The development of faster payments and real-time payments has increased banking customers' expectations. Yet, there is still the expectation that payments are safe and insured, so it is important to get it right from the beginning.
Subscribe to the BID Daily Newsletter to have it delivered by email daily.