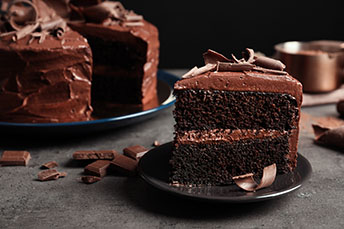 fraud detection
KYC
coronavirus
Summary: Unemployment benefit fraud is making the rounds. We provide you with a few key reminders to avoid being caught in a fraud snare.
Share this Article:
Did you know Duncan Hines was a real person? He was a restaurant critic from Kentucky, but we know the name as a box of cake mix. People may not always be who we think they are, and these days bankers need to be especially aware of that as unemployment fraudsters are hard at work.
It's tough to steal money from people who don't have any. But a government program to help the unemployed? Unfortunately, that looks a lot like a well-stocked fishing hole for fraudsters.
Unemployment benefit fraud is making the rounds, reaching into bank accounts to make off with money intended to help those in need. Right now, it is a particularly lucrative con with the massive surge in unemployment benefit applications and the amount paid. The rush to get money into the hands of the unemployed can enable fake applicants to slip through. Where financial institutions come into the picture is as conduits. Crooks use fake or hijacked accounts to receive undeserved benefit checks.
This unemployment fraud has several iterations. Sometimes a real person's identity is stolen and then used to apply for unemployment and then again to open an account to accept payment. In another version, a "mule" is used. The mule is a local person hired by a fraudster to open an account and use it to receive benefit checks. The fraudster uses a fake or hijacked identity to file for and receive an unemployment check, which the mule deposits. Once the funds clear, the mule drains the account, closes it, and delivers the money to the fraudster, less a fee.
What's making things tougher is that financial institutions have been seeing a surge in new deposits since the pandemic hit, as government stimulus money poured in. A record $2T flowed into bank deposit accounts since January. Detecting fraud in calmer times is difficult enough. But weeding out a fake deposit when money is flooding into accounts of people in dire straits could be even trickier. One community bank reported being inundated by attempts to deposit as much as $200k of fraudulent deposits a day.
A few key reminders:
The bottom line is that tricksters will always take advantage of a crisis, so you need to be even more judicious these days. If you didn't have time to read yesterday's article on FinCEN's latest guidance on coronavirus scams, you can do so now to be well-versed.
Subscribe to the BID Daily Newsletter to have it delivered by email daily.

How To Mitigate Rising Mobile Fraud
It is not surprising that mobile fraud is surging, as the US has over 294MM smartphone users. Community financial institutions need to stay aware, meticulously authenticate customers’ identities, and communicate the latest scams to their customers to stay out of harm’s way. Here are three of the latest mobile phone scams and how to stay out of trouble.

Top 2021 BID Articles (1 of 5)
While the BID takes a rest for the holidays, we revisit some of the year's most popular articles.

Economic uncertainty is raising the same two questions across many institutions: What loans are at risk? Do you have enough capital? Join us on Wednesday, July 29th at 9 a.m. PT, as we review two approaches that allow you to address these questions.