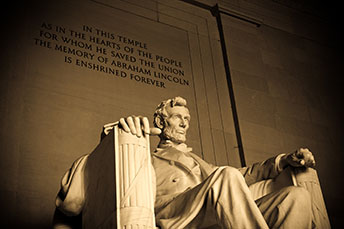 PPP Fraud - How To Protect Your Institution

by Steve Brown
fraud detection
KYC
coronavirus
Summary: Fraud during crises is not new. So, we provide you with some important information on PPP fraud protection.
Share this Article:
Before he was president, Abraham Lincoln was the wrestling champion in his county in IL. Of the 300 matches, he lost only one. Fraud is something that bankers are always wrestling with, but these days, the Paycheck Protection Program (PPP) has given rise to a greater fraud opportunity.
The PPP has radically increased the amount of lending to small and mid-sized businesses with 4.9MM loans made as of July 6th. But the complexity of the application process and the goal of doling out money quickly have made it a prime target for fraud.
Even before the crisis, the results of an Aite survey of lenders who lend to small and mid-sized businesses turned up some troubling signs. While the percentages of suspected fraud were still relatively small, the bulk of lenders, almost a third of respondents, thought that between 0.11% and 0.5% of loans were being hijacked.
After the pandemic started, a former California banking commissioner, along with other experts, predicted PPP fraud rates could be 10 to 12%, which equals billions of dollars. This is a lot of money that won't reach businesses in need. "History shows that when government relief programs are put together quickly in response to a disaster, fraud is fairly rampant," notes Derek Cohen, a former federal prosecutor.
So, what are the areas that community financial institutions (CFIs) should pay particular attention to? As always, carefully and effectively identifying customers so that it is clear who is getting a loan.
New customers. Part of the problem in the PPP program is that there has been a rush of businesses trying to get the loans. While CFIs know their customers well, under PPP you may have been asked to deal with new, first-time applicants who had to be vetted quickly. A fraudster could have snuck in, created a fake company identity, and gotten past the identification process to secure loan proceeds and disappear before alarms go off on the fraudulent activity. Being extra diligent about new customers is critical. You may want to review your new customer accounts to be sure all is in line to avoid future headaches.
Hijacked identities. It's not just new, first-time applicants that need to be closely watched though. One of the tricks of the fraud trade is to hijack a real identity, in this case masquerading as a small business customer already known by an institution to obtain loan proceeds illegally. This means paying special attention to irregularities even within your existing, loyal customer accounts.
How can you best protect yourself from PPP fraud besides carefully validating customer identities? Update anti-fraud analytics. Watch and continue checking for suspicious signs like phony addresses. Make sure fraud prevention and detection procedures are up-to-date. Keep current on news from federal law enforcement on new fraudulent activity. Of course, have clear and effective responses when issues around applications arise too.
To fraudsters, periods of crisis represent an opportunity. So, CFIs will need to be especially vigilant in their fraud measures and customer vetting. We know you are fighting the tough fight for your customers out there. Keep at it!
Subscribe to the BID Daily Newsletter to have it delivered by email daily.

COVID-19 uncertainty makes calculating your reserve more challenging. So, we created a complimentary analysis of the historical relationship of loss rates, GDP, and unemployment to use for your calculations. The Q2 report is now available. Simply download Reserve Insights: COVID-19 today.