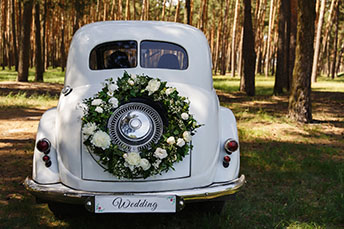 Bank M&A Climate: Is There An Urge To Merge?

by Steve Brown Topics: M&A, strategic planning
Summary: Even with the latest canceled M&A deals, the urge to merge still may be there. We lay out the current M&A landscape.

Herbert and Zelmyra Fisher of NC have the Guinness World's Record for the longest marriage -- 86Ys. They both have since passed, but what a successful union! Another type of union, bank M&As, was expected to flourish in 2020, until COVID-19 occurred.
Bank M&A activity ground to a halt as the coronavirus crisis arrived. The economic upheaval may be a short-term damper though. A recent report by Deloitte suggests that the urge to merge is still there and financial institutions (FIs) that are ready to grow may find opportunities later this year as weaker institutions look for lifelines. Indeed, even scuttled deals aren't completely dead, as some of them are now trying to renegotiate.
Not too long ago, analysts were looking forward to a fairly robust year for bank mergers in 2020. Stronger FIs looking to gain market share or deposits had good leverage to entice weaker ones to sell out. While the universe of large banks that might be in play is small, there are still hundreds of community financial institutions (CFIs) that might be ripe for mergers. After all, there are still more than 5,600 banks in the country.
That said, the coronavirus definitely changed things. As recent canceled deals show, the hurdles that must be cleared are now so high that mergers are difficult to complete.
How long the lull will last is a matter of considerable conjecture. Deloitte figures that the ongoing economic and financial uncertainty remains a damper on deals for now, even as the underlying urge to merge remains intact. Looking out to the second half of 2020, a few catalysts that may bring back M&A activity include:
Attractive prices. One driver may be the recession itself. In a challenging recession economy, struggling CFIs may feel extra pressure to put themselves up for sale at prices that are attractive to buyers. The latest economic analyses suggest that we have been in a recession since February.
Regulatory conditions. Another thing a recession does is make the government more interested in stimulating renewed growth. That kind of pro-growth mentality tends to make government regulators more friendly toward mergers. So, CFIs that want to merge may find it easier going forward, at least from a regulatory standpoint.
Pre-election backdrop. A wild card, though, is the upcoming election, which could alter the regulatory landscape again. Yet, even that uncertainty could weigh in favor of doing deals before the election happens.
This doesn't make the valuation process any easier though. The impact of COVID-19 on FIs' bottom lines is tough to calculate. Without a clear view of ongoing risk, calculating values remains tricky.
The bottom line is that deals are difficult right now, but the urge to merge has not evaporated. The second half of this year should provide more clarity on how well banks are able to navigate the new constraints on M&A activity. While a dramatic surge in M&A activity seems unlikely, there are indications that a few carefully crafted deals could start popping up again.
Subscribe to the BID Daily Newsletter to have it delivered by email daily.

At the end of last year, the Fed's balance sheet stood at $4.2T compared to $7.1T at the end of May, to help keep the economy going.

Landlords are feeling pinched from tenants trying to get better terms for their leases. This could have a domino effect, prompting landlords to ask for loan restructuring from their lenders. In the last financial crisis, 3.3% of CRE loans were written off in 2009, according to the Federal Reserve.

Nonbank lenders may need to raise capital to support the small and medium businesses (SMBs) that they provided emergency loans to, especially as these SMBs struggle to reopen and recover. They may need to bump up their credit lines from traditional banks or cut dividends to increase access to liquidity.

Bank mergers have always been a popular part of the BID. Now you can view, sort, and export the latest information from one convenient place, our M&A resource page.
Copyright 2018 PCBB. Information contained herein is based on sources we believe to be reliable, but its accuracy is not guaranteed. Customers should rely on their own outside counsel or accounting firm to address specific circumstances. This document cannot be reproduced or redistributed outside of your institution without the written consent of PCBB.