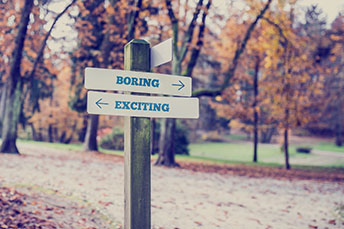 Will Negative Interest Rates Happen In The US?

lending
IRR
coronavirus
Summary: Negative rates have been discussed lately, as recovery scenarios are laid out. Will negative interest rates happen in the US?
Share this Article:
Since 2012, Boring, OR and Dull, Scotland have been sister cities. Yet, negative rates are anything but boring and dull.
The pandemic has weighed profoundly on the global economy and several central banks are starting to think of Plan B, including negative interest rates, in case the economic recovery falters. Since we don't often hear about negative interest rates in the US, today we dig into this topic to try to answer the question: Will negative interest rates happen in the US?
Negative interest rates are generally used when governments fear deflation, and they have exhausted other options. The idea is that with negative rates, there will be a cost associated with saving money, so people will invest and spend it instead. The problem is that financial institutions make their profits on the net interest margin (NIM) and if interest rates drop below zero, the NIM collapses too. In overseas markets where this has been tried, negative rates put acute pressure on the banking industry.
While negative interest rates have never been used in the US, the EU has dabbled with negative rates since 2016, followed by Japan. What started as a tool to jumpstart spending and investment however turned into an ongoing policy, which has caused concerns.
As global economies try to open up and prompt recovery, discussion has swirled around negative rates again. The Bank of England (BoE) has been contemplating negative rates and recently raised $4.7B by selling 3Y gilts at a yield of -0.003%. Japan has had the same negative interest rate of -0.10% for the past 4Ys, so it doesn't have much interest rate leverage during COVID-19. Instead, the Bank of Japan (BOJ) announced it would lend money to commercial banks for small and medium-sized business loans with no interest and no collateral needed (while giving these banks a 0.1% rate on their central bank deposits).
While multiple Fed speakers, including Chairman Powell, have said there aren't plans for negative interest rates, some experts are saying the US may eventually need to consider them. Zach Pandl, co-head of global foreign exchange of Goldman Sachs, recently brought up negative rates in the case of a secondary wave of coronavirus infections. "If the economy has another big setback...then I do think that that opens up a possibility of a range of additional actions."
Most recently, Fed economist Yi Wen noted that in order to achieve a V-shaped recovery, a hard-hitting stimulus is needed including both monetary (such as negative interest rates) and fiscal policies (such as infrastructure spending). He based his analysis on a comparison of the Great Depression and the Great Recession, with the former showing a V-shaped recovery and the latter an L-shaped one.
As more businesses open back up and companies start to get back to their production schedules, we will have a better idea of how the economy will transition into recovery mode. Our hope is still for an economic recovery without negative interest rates. If negative rates happen, it would add significant negative spillover pressure to the business model of every community financial institution in the US.
Subscribe to the BID Daily Newsletter to have it delivered by email daily.