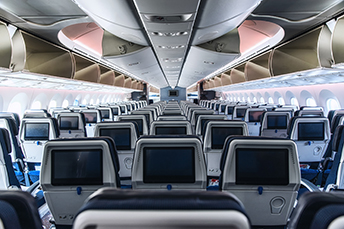 by Steve Brown Topics: CECL, risk management, compliance
Summary: The big banks are reporting on their CECL reserve. Community financial institutions can learn from what they are sharing.

Did you ever think the day would come that you would pay extra for that middle airline seat? Apparently, some airliners are adding an inch to the middle seat and then adding a premium price for the extra comfort. We will soon learn if this strategy works or not.
Something else to learn is how CECL implementation is going for the big banks. Community financial institutions (CFIs) have a breather before they'll need to comply, but the law went into effect for the largest banks on January 1, 2020. While we started covering some of the big banks' expectations back in November, CECL Learnings From the Big Banks, some of the first CECL reporting has come out and we wanted to share it with you.
If these big banks' experiences are any guide, CECL will likely mean substantially larger reserves for those financial institutions with significant consumer loan and mortgage portfolios, because of the longer duration and/or historically higher loss rates of those assets. Assets with shorter durations, such as commercial and CRE loans, could mean smaller reserves.
At JPMorgan Chase, credit cards were behind a prediction that the bank's loss allowance will grow by $4B to $6B. Bank of America thinks its loss allowance will increase up to 20%, or about $2B, for the same underlying reason.
Wells Fargo says it foresees an overall decrease of up to $1B. The reduction was ascribed to the shorter duration of their commercial loans slightly offset by loans with longer durations. Wells Fargo's consumer credit card portfolio is smaller than others.
At Capital One, reserves will go up by $2.87B overall, a 40% increase to a total of $10.08B. Business line reserves will grow by 48% and credit card allowances will jump by 42%. Reserves against the bank's commercial banking line are smaller, rising by just 13%.
The expectation is for an increase of between 48% and 50% at Fifth Third Bancorp, again because of lower reserves against commercial loans and higher allowances for consumer loans and mortgages. At Ally, the retail auto business is one factor behind a 106% increase.
Though specific reasons weren't detailed, two more banks weighed in with CECL changes. Citigroup looks for an increase of 20% to 30%, and Goldman Sachs looks for its loss allowance to go up by between $600mm and $800mm.
Overall, most banks estimated that they would need to increase their reserve by between 20% and 60% vs. ALLL. Across the board, consumer-based assets pushed reserves higher, while commercial business, with primarily shorter durations and/or historically lower loss rates, had smaller reserves.
This is good news for CFIs. In general, you have a higher proportion of commercial loans in your portfolios, which could bode well for your loan loss reserves. That said, the best way to know the true impact of CECL is to run the numbers. If you need any support here, our CECL advisors can help.
Subscribe to the BID Daily Newsletter to have it delivered by email daily.

Accenture reports 79% of executives believe that in the workplace the focus is shifting from specific employee roles to project-based responsibilities.

A PwC survey of executives at leading financial institutions finds 97% of CEOs see innovation as a key priority for growth. The primary areas US bank executives say they are looking to innovate are: customer interfaces/channels (60%), core platforms (50%) and products (43%).

Gartner projects global technology spending will reach $3.9T this year, a 3.4% increase vs. 2019. Companies are likely to significantly boost spending on enterprise software, invest in the cloud, and expand vendor services. Areas expecting to see declines include in house servers, storage, and networking.