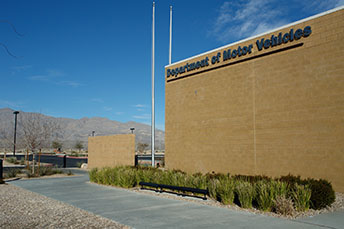 The Coming Of Digital ID Cards

by Steve Brown Topics: technology, biometrics, KYC
Summary: Digital licenses are quickly gaining traction and could significantly impact the way that the banking industry verifies an individual's identity. We give you an update.

The DMV has a huge database. Think about it--anyone who has ever needed any kind of service from the DMV has been captured. This is then modified each time people move or have a moving violation. Now, the DMV may soon have to expand their data warehouse because digital ID cards could be coming.
Digital licenses are quickly gaining traction and could significantly impact the way that the banking industry verifies an individual's identity. Electronic identification cards recently rolled out in CO and mobile license programs are in the works within states, such as IA and OK, in addition to 10 more. Unlike the traditional, physical driver's licenses that states have long relied on, the digital licenses and ID cards being developed would be far more versatile and, in theory, far more secure.
Mobile driver's licenses and digital IDs rely on bar codes that, once scanned, will send the appropriate information to another party. In the case of police officers, that would mean an individual's full information. But, when it comes to simple verification of an individual's identity at places, such as retailers or bars, people will have the ability to hide unnecessary information (such as their address, perhaps). Most importantly for financial institutions perhaps, is the fact that mobile licenses would serve as a verifiable, official baseline for information on individuals.
As part of the effort to develop such a universal baseline, the Secure Technology Alliance recently met with representatives from more than 60 departments of motor vehicles, government agencies, global payment providers, merchants and standards bodies to examine ways that mobile licenses can eventually even be used as a replacement for passwords. Part of that effort will involve the creation of a framework that would enable data to be safely extracted. That would include situations, such as using airline boarding passes and healthcare appointment check-ins.
For community financial institutions, mobile licenses would not only provide a reliable way of verifying an individual's identity, but could be used to provide an additional layer of account security. The apps, which allow you to access digital licenses, can even use biometrics. That would require individuals to use their fingerprint or iris to gain access.
If standardization eventually occurs, the security systems the licenses would rely on would be maintained and monitored by security specialists. That could allow financial institutions to remove some of the accountability for such verification perhaps or gain less expensive access.
Unlike physical IDs, replicating mobile licenses would be much harder too. Digital identification could even be more efficient to keep a concise record of your customers, at any point in time.
That said, there are some drawbacks. Not surprisingly, implementation of such cards will mean the need to update technology that could be costly, and cyber risk would increase. Also, if a person's cell phone battery dies, a mobile ID is pretty much useless.
We find this development interesting, and we will continue to follow its progress, providing you with updates along the way.
Subscribe to the BID Daily Newsletter to have it delivered by email daily.

The Wall Street Journal reports the Fed NY found that a cyberattack on the most active US banks that weakened payment processing would affect the liquidity of many other banks and "could have a devastating effect on US financial stability."

Visa bought fintech company Plaid for $5.3B, as it seeks to branch out from card-based payments to app-based.

Save Time and Money With our Stress Testing Service

It is important to stress test loans of all types from multiple perspectives and on a portfolio basis. Get expert help to save you time and money. Learn more about stress testing today.
Copyright 2018 PCBB. Information contained herein is based on sources we believe to be reliable, but its accuracy is not guaranteed. Customers should rely on their own outside counsel or accounting firm to address specific circumstances. This document cannot be reproduced or redistributed outside of your institution without the written consent of PCBB.