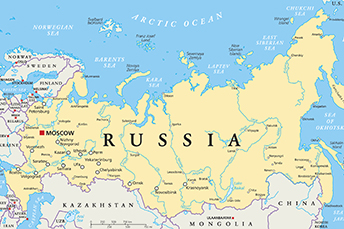 compliance
lending
business customers
Summary: The FDIC and OCC have proposed changes to CRA regulations. We have an update.
Share this Article:
Did you know that Russia is the largest country in the world by land mass, coming in at a whopping 17mm square kilometers, according to Statista? Canada is second with 9.985mm, then the US with 9.83k and China with 9.6k. As you think about each community in these big countries and how they interact with each other, we shift your attention to the new Community Reinvestment Act (CRA) proposal.
The FDIC and OCC have proposed changes to CRA regulations intended to both expand the ways banks can receive credit and reduce their regulatory burden. Of note, the Fed is proposing additional modifications and a different approach.
No matter how it all shakes out, this would be the first substantial update to CRA since the 1990s and should help synch things up to the digital age. Indeed, more customers who live outside a branch geographic footprint are using their devices to utilize bank products and services all over the country.
This proposal seeks to reduce "CRA deserts", or those areas identified for aid that currently are in need of financial resources. At the same time, the proposal aims to limit "CRA hotspots" by relieving pressure in overheated markets where banks are already meeting community needs.
The agencies also want to expand the ability for banks to get CRA credit for small business lending by increasing both the loan size of such loans and the revenue size threshold for small businesses that want to borrow. Likewise, banks could receive credit for small farm loans that are larger than the current limit and for small farms at a higher threshold for revenue size.
The FDIC and OCC also recognize that communities often need CD investments and loans with maturities longer than the typical CRA evaluation period, as well as equity and capital in addition to credit. As such, their proposal calls for incentives for banks to engage in long-term investments and loans, which would provide community developers and advocates "greater stability and more incentive to engage in longer term strategic initiatives."
Some of the other key changes include:
Banks with assets of $500mm or less could choose to be evaluated under the current standards or proposed, depending on their business model.
There is still hope that all regulators will come to an agreement on CRA modifications in the near future, so check back with us for updates!
Subscribe to the BID Daily Newsletter to have it delivered by email daily.

LIBOR is being replaced as a primary benchmark index and the transition poses risks and challenges for financial institutions. Learn the premise for the transition and how it will affect your institution as well as ways to prepare, as presented by PCBB's Femi Audifferen in this on-demand webinar.