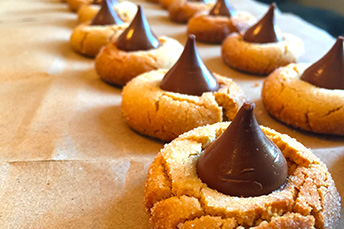 LIBOR To SOFR - The Latest Update

lending
SOFR
IRR
Summary: Secured Overnight Financing Rate (SOFR), the designated replacement for the LIBOR rate, faced its first test recently. We provide you with an update.
Share this Article:
Have you heard? The Hershey's Co. known for its chocolate will be saying goodbye to its three 26-ft long Kissmobiles. These vehicles were each made from three giant-sized chocolate kiss candies and drove around the country since 1997. It is often hard to say goodbye, but, that is what bankers will be doing soon with LIBOR too.
While Secured Overnight Financing Rate (SOFR) is the designated replacement for the LIBOR rate, it faced its first test recently. The results raised new concerns about its usage and implementation. Community financial institutions (CFIs), working diligently on preparations for the planned phase out of LIBOR at the end of 2021, suddenly discovered that the new benchmark has issues of its own that may need to be taken into account. Some analysts suggested banks would do well to have several alternatives to LIBOR in reserve in case SOFR doesn't live up to expectations.
The dust up over SOFR came in mid-September, when a confluence of financial events led to a cash shortage that caused a rapid surge in overnight funding rates. The Federal Reserve quickly stepped in to calm markets, but not before SOFR spiked to 5.25% before settling back down to 2.25%.
Such spikes in SOFR are usually temporary and should generally "smooth out" when averaged over typical accrual periods (e.g., monthly and quarterly). However, that is not the kind of frenetic movement expected in a stable benchmark. The hectic movements of SOFR added fuel to complaints from banks about SOFR as a benchmark.
Indeed, on Sept. 23, 2019 executives from 10 regional banks wrote a letter to the Fed, the FDIC and the Comptroller of the Currency in which they stated that they did not think SOFR is a suitable replacement for LIBOR when used in lending products. Because SOFR is tied to Treasuries, the rate would likely experience disproportionate swings during times of economic stress because investors tend to rush to Treasuries for security, the bankers wrote. Banks may face heightened risk from SOFR rate moves as a result. LIBOR, by contrast, is linked to interbank borrowing rates.
On the other hand, the bankers were not dismissing SOFR entirely. They suggested SOFR should work fine for a large number of transactions. But the lending business operated by banks needed some additional measures to insure SOFR's stability. They suggested creating a risk premium as part of the SOFR benchmark to serve as a credit-sensitive mechanism.
SOFR settled down into a more predictable pattern in October, but the jitters that arose in September may linger as CFIs move forward on implementing a LIBOR replacement. What the events of September suggest is that a transition to SOFR is still a work in progress. A waterfall of benchmark replacements that include SOFR could be worth considering (if provisioned appropriately). Stay tuned as we continue to keep you posted on the updates and feel free to contact us with any questions on SOFR.
Subscribe to the BID Daily Newsletter to have it delivered by email daily.