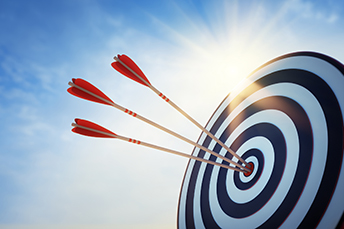 by Steve Brown Topics: deposits, performance, strategic planning
Summary: Today, we look back at the major events in 2019, while looking ahead at the economic landscape for 2020.

A University of Scranton study finds only 8% of people attains their New Year's resolutions. So, as you slowly get back to work after the holidays and ponder that data point, we take a moment to recap major events from last year, as we look forward to what bankers can expect this year.
Market Rates: Since loans are a huge piece of profitability at community financial institutions, we focus there first. Last year was a decent one for loan opportunity with a base market rate of about 2.70% and a corresponding loan rate of 5.20% to 5.70% or so. This year rates look like they will be between 1.75% on the low end and 2.25% on the higher end. If so, loan origination is projected to be around 4.25% to 5.25% in rough terms.
Economic Growth: This is the fundamental underpinning for economic opportunity so it is important to look here too. Last year, GDP averaged 2.4% and about the same (2.3%) is projected this year. Depending on where your bank operates, that means you should find steady customer acquisition and loan opportunity much as you did this year.
Outside Pressures: This past year was quite volatile both inside and outside the US, amid a China/US trade war, Brexit and a host of other impactful events. Now that tensions have eased around trade and the UK situation is set, the tone here should ease pressure some. That said, prognosticators still expect global growth to be sluggish as demographic factors overwhelm.
Fed and Rates: In 2019, the Fed cut rates 3x, going from 2.00% to 2.25% for federal funds at mid-year to 1.50% to 1.75% by the end of October. This year, the Fed is expected to be on hold, with the odds for another rate cut not reaching a 50-50 coin toss until the December meeting.
Deposit Funding: Average funding costs last year were tougher to reduce despite the Fed rate cuts, coming in with slightly higher costs vs. the decline in loan yields. Look for the trend to continue as deposit costs remain somewhat floored out, while competition for loans remains high and origination coupons probably grind lower over time.
Equity Markets: Stock markets hit fresh records last year and seem poised to move higher again this year as the bull market continues (albeit at a slower pace than 2019 and with more volatility given the election year).
Overall: We think the chief economist from Goldman Sachs summarized expectations for this year pretty well, saying this in a recent report:
The risk of a global recession remains more limited than suggested by the flat yield curve, which partly reflects a structural decline in the term premium, and the low unemployment rate, whose predictive value for inflation and aggressive monetary tightening has fallen. We also take comfort from the absence of significant private sector financial deficits in all but a few advanced economies...Slightly better growth, limited recession risk, and friendly monetary policy should provide a decent background for financial markets in the early part of 2020.
Happy New Year to all!
Subscribe to the BID Daily Newsletter to have it delivered by email daily.

Sweden was the first country to take rates negative back in 2009 and it recently raised its interest rate back to 0%. The central bank made the move amid rising concern that negative rates are pushing businesses and consumers to increase debt too much and pushing banks to charge fees for deposits.

FNMA projects single family housing starts will jump to 10% next year and exceed 1mm in 2021, as building accelerates to meet pent up demand from people age 25 to 34Ys old. This is good news for a key driver of the economy.

Bank mergers have always been a popular part of the BID. Soon you will be able to view, sort and export the latest information from one convenient place--our new M&A resource page.
Copyright 2018 PCBB. Information contained herein is based on sources we believe to be reliable, but its accuracy is not guaranteed. Customers should rely on their own outside counsel or accounting firm to address specific circumstances. This document cannot be reproduced or redistributed outside of your institution without the written consent of PCBB.