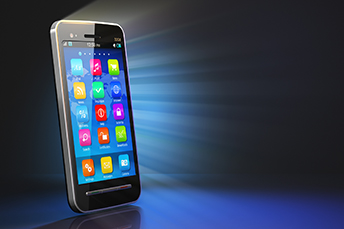 Elective Fees - Do They Work?

After a number of years, cell phones seem to get clogged with apps and other tracking devices that slow down performance. People keep their phones for about 4Ys, so this is critical. One easy idea is to periodically back up pictures and videos to free up space and boost performance.
As you check your phone to see what you might be able to do to boost performance, we note that banks have done all sorts of things to boost their performance as well. We share some recent efforts by Aspiration that really caught our eye here.
Aspiration prides itself on being customer-centric and socially conscious. It has developed a model where customers decide the fee to pay, if any, for services rendered. It could be the high-interest banking services, sustainable investments, no-fee IRAs or other products. Customers are given a guideline to help them decide, but it's their choice. We are not sure how this works and how much they make, but the concept is similar to a museum that allows entry to all, with an optional suggested donation amount. For any extra banking services, such as a wire transfer, Aspiration reportedly charges customers what it costs them to provide it.
To be sure, customer fees are a good source of revenue for banks, but some might also be intrigued by this approach. After all, younger customers don't pay fees easily on much, so perhaps moving that way or tinkering is something to weigh.
Maybe customers will even appreciate your efforts so much that you'll make up in volume what you've lost in fees. Discover, for instance, said recently that it is dropping fees from its online checking and savings accounts for things like insufficient funds, excessive withdrawals and stop-payment requests. Other more fintech brands, Chime, Sofi Money and Simple have publicized no-fee banking accounts as well.
In Aspiration's case, customers select their initial fee and they can change it whenever they want and however often they want. There is no difference in fees based on the size of the account. Aspiration then donates ten cents of every dollar to charities and the remainder of the fee goes to running the company.
In thinking through the pros and cons of such a model, we can't help but think about the failed attempt by the Panera chain restaurant to implement consumer-selected prices. At its heyday, Panera Cares had five locations. In the end, however, it seems the model wasn't financially viable, and the last store of this type was shuttered earlier this year. Reportedly, customers were abusing the system and some customers complained about not feeling welcome, especially if they couldn't or didn't want to pay the suggested donation amount.
Despite this failure, we still see some merit in what Aspiration is trying to do. After all, no one likes to pay hefty fees and it could be a customer-winning endeavor for banks that position themselves as sensitive to that fact. If customers really are willing to pay some fee (as Aspiration has reportedly found they are), then the economics could work out if the volume is sufficient.
We're not saying this model would be prudent for every bank, so tread carefully because you know your customers and your community best. Ultimately it is just one more thing for your team to think about to decide what is best.
Subscribe to the BID Daily Newsletter to have it delivered by email daily.

As new tariffs were issued on September 1, US small business confidence slumped to a low not seen since 2012, according to a Wall Street Journal survey of more than 670 small companies. About 40% expect the economy to get worse in the next 12 months vs 29% in July and 23% a year ago.

Fed Vice Chair for Supervision Quarles suggested that integrating a countercyclical capital buffer tool could help keep the US financial system resilient during a downturn. This is a tool that allows the Fed to turn the dial up or down depending on the state of the economy. It is not currently being used, but Quarles notes that "because of the strength of our capital requirements and [stress tests], our assessment of overall vulnerabilities remains moderate. This raises the question of whether our through-the-cycle capital levels in the US have been set so high that our countercyclical capital buffer is effectively already 'on.'"

The AICPA just issued its non-authoritative guidance on CECL as a practice aid for auditors to use when working with management and audit committees. This practice aid will also be included in the AICPA's Credit Losses A&A Guide which is expected to be released next year.

Community bankers can credit stress test loans of all types from multiple perspectives and on a portfolio basis. Get expert help doing so and learn about credit stress testing here.
Copyright 2018 PCBB. Information contained herein is based on sources we believe to be reliable, but its accuracy is not guaranteed. Customers should rely on their own outside counsel or accounting firm to address specific circumstances. This document cannot be reproduced or redistributed outside of your institution without the written consent of PCBB.