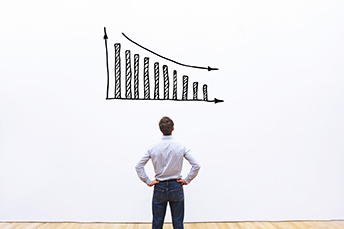 Where Have All The M&A Premiums Gone?

by Steve Brown
performance
M&A
Summary: Regional and community banks are definitely feeling pressure to consolidate these days. But, should you give in to this pressure?
Share this Article:
Doing some quick math, we can figure out that at the end of 2014 there were 6,509 FDIC insured financial institutions and as of the end of 2018 there were 5,406. We then look at the number of M&A deals for each year and we find there were 278 in 2015, 241 in 2016, 255 in 2017, 259 in 2018 and an annualized 220 for this year. Take all of this together and throw it in a blender and you come out with a 4.3% median for each year in question. It looks like the big thumb rule of 1% decline in financial institutions per quarter or about 4% per year still holds up for now.
Looking closer at bank mergers we see activity may have ticked up recently, but prices being paid can vary for many reasons. Here we find that data on bank mergers shows merger premiums fell from an average 47% in 2010 to 23% in 2018. While these are huge broad strokes and things remain very bank specific, it is good to know where you might stand regardless of whether you are a potential buyer or a potential seller down the road.
Regional and community banks are definitely feeling pressure to consolidate these days to gain deposits, market share, and economies of scale that can help with digital strategies. Heck, even very large banks with $250B in assets seem to be seeking out merger options to keep things moving forward. Concurrently, merger partners are feeling heightened demands from investors to prove that a deal can result in cost savings and better results.
This bottom-line pressure appears most clearly in deals involving publicly traded banks or financial companies, where investors recall some of the mega mergers of the past that turned out to be major disappointments. For example, the recent $28B offer by BB&T for SunTrust came in at a 7% premium, a fraction of what such deals were commanding not that long ago.
The relatively skinny premiums on today's large bank deals also flow downstream and help set the standard. That is why in some cases you find similarly smaller premiums showing up across the spectrum of bank mergers - particularly as banks struggle to justify deal costs and seek to build out digital offerings.
For community banks, mergers tend to revolve around the need to better compete with larger banks on issues like technological advances and new deposit capture.
The march of big banks has been daunting. The nine biggest banks today hold almost 50% of all deposits vs. 6% for the more than 4,000 banks with <$1B in assets. Back in 1994, those same smaller banks held 25% of banking assets.
Looking at this another way, just three banks - JP Morgan Chase, Bank of America and Wells Fargo - now account for nearly 50% of all newly opened deposit accounts.
Understandably, community banks and all banks feel the need to bulk up to help stay competitive. This heavy competition and the need to provide services to a greater number of ever-pickier customers only add to the pressure.
In today's bottom-line-oriented bank M&A market, community banks can expect to see more deals coming, as the faucets keep running at about 4% per year. While would-be sellers may get more offers, it is heavily dependent on many different factors, so focus is critical. As with all deals, knowing your long-term goals and the steps to get there will also help guide those of you playing in the world of M&A too.
Subscribe to the BID Daily Newsletter to have it delivered by email daily.