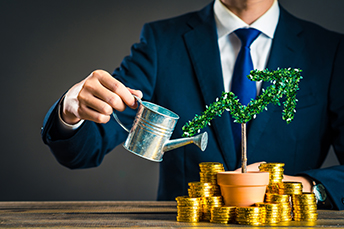 New Flood Insurance Act - How Are You Affected?

A survey last month by Bankrate asked people how they thought their personal financial situation this year would be compared to next year. It found 88% said it would stay the same or get better. That is good news and likely points to ongoing economic growth this year so bankers are happy about that.
Another area where community bankers could be happy over the longer term relates to the Biggert-Waters Flood Insurance Reform Act of 2012. It has only taken 7Ys, but finally federal regulators are implementing provisions of the act that can have important implications for community banks.
In February, the federal agencies jointly issued a final rule requiring federally regulated banks and other institutions to accept certain private flood insurance policies in addition to National Flood Insurance policies. The rule takes effect in July and lenders will have to start notifying borrowers on property in flood zones that private insurance can be used to get required coverage as well as national flood insurance.
The rule may expand options for properties in flood zones that must carry flood insurance by making it more attractive to private insurers that had abandoned the market.
Flood insurance has faced some tough times. Back in the 1960s, as payouts skyrocketed from disasters, private insurers retreated. The situation became so dire that it led to the creation of the federal flood insurance program in 1968, requiring property owners in designated flood zones to carry insurance and creating national flood insurance to make policies available.
The rising cost of claims prompted changes. One of the main goals of the 2012 reforms was to drain federal subsidies so that property owner premiums reflected true risks and costs. Premium increases have been phased in over the last few years.
Now that rates in the federal flood insurance program presumably more accurately reflect real risks and costs, regulators have turned to luring private insurers back.
One important point to note is that private flood insurance does not have to meet the regulatory definition of flood insurance. Instead the insurance simply has to provide "sufficient protection for a designated loan" and be "consistent with general safety and soundness principles." Private insurance must still offer coverage as broad as that available through national flood insurance.
If a lending institution accepts this type of private insurance on a property, it must document in writing why it considers the insurance policy sufficient. While the rule contains clarifying information to help conclude if a policy meets the rule, as well as a compliance aid to help with the determination, lenders still face a hefty burden in gauging whether private policies are sufficient. The impact of this rule on community banks remains to be seen.
The comments that the agencies received during the rulemaking process indicate that there has been widespread dissatisfaction with the rule, both from banking and insurance sectors. But now that the final rule has been published, the flood gates are reopened to private insurance, and community banks will need to figure out how they will manage the flood insurance issue with borrowers who have property in flood zones. Continue with your research on this and stay "above water" out there.
Subscribe to the BID Daily Newsletter to have it delivered by email daily.

As reported in the Wall Street Journal, SF Fed President Daly said she does not see a "big risk the US is about to fall into a recession" since the economy is now growing at a more sustainable rate.

Independent Banker magazine reports on a survey of bank customers that were asked their views on security measures. It found 80% trust their bank to protect their account from criminal activity; 71% trust their bank to verify account holders to prevent fraud and 22% claimed they would give up opening an account, if security to do so was too cumbersome.