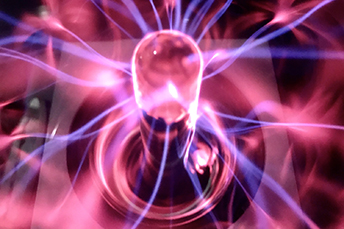 A Magnetic Regulatory Update On Blockchain

by Steve Brown
regulatory
BSA/AML
cryptocurrencies
Summary: One way to track whether and when it's safe to hook on to blockchain is by monitoring the regulatory and legal world. We provide you with some of the latest activities here.
Share this Article:
Did you hear about the team of scientists that created a massively strong magnetic field? Unfortunately, this group of Russian scientists also blew up their laboratory in doing so. Apparently, the field was a real scientific whopper!
For a while now, bankers have been hearing about another scientific breakthrough known as blockchain. While not as exciting as a magnetic field perhaps, blockchain has been advancing too. But, how should community banks approach it today?
One way to track whether and when it's safe to look at this technology is by monitoring the regulatory and legal world. These days, there's plenty to watch, as regulators are beginning to look at blockchain and provide clues as to how the use of it might eventually be regulated.
Since cryptocurrencies rely on blockchain technology, let's start there. While the regulatory view of cryptocurrencies is evolving quickly, there is plenty of regulatory movement on this front.
One of the first agencies to attempt a regulatory framework was the New York Department of Financial Services (NYDFS). In 2015, they published final rules for any crypto/virtual currency companies doing business in New York, which require these companies to apply for a Bit License.
The Commodity Futures Trading Commission (CFTC) has determined that at least some cryptocurrency tokens are commodities, and thus, subject to CFTC regulation. That is a big step for banks that may have customers who want to use cryptocurrencies in transactions.
Meanwhile, FINRA notes in its latest Regulatory and Examination Priorities Letter that they will be focusing on the sales practices of initial coin offerings (ICOs) and cryptocurrencies. The SEC is definitely taking a keen interest in these areas, so more information and regulation is likely.
Further, the FinCEN Improvement Act of 2018 just passed in the House. It seems to broaden the scope of FinCEN's responsibility from protecting the financial system from illicit use and fighting money laundering, to a more active role of working with foreign financial intelligence units to prevent the use of cryptocurrencies potentially used by terrorist groups. While it still needs Senate approval, this bill could affect other regulations on this matter as well.
In addition to all the regulatory agencies, leaders in the Crypto/Virtual currency industry have proposed a self-regulatory body called the Virtual Commodity Association (VCA). It would require member firms to commit in writing to operating their offerings in compliance with safe and sound practices and "provide a sanctions based accountability program to compel ongoing member compliance."
While cryptocurrencies can be quite volatile and risky, blockchain technology itself has myriad other uses that may be useful to community banks. It uses a distributed ledger method of tracking and accounting, and that same technology can be used for contracts and business transactions.
Some countries are even using blockchain to fight fraud and corruption. But, whether blockchain is a useful tool for your bank is an individual decision, so keep monitoring things here.
Subscribe to the BID Daily Newsletter to have it delivered by email daily.

Ubiquitous BSA/AML
Anti Money Laundering Suspicious Activity Alerts at banks are soaring, almost doubling since 2013. We bring you the latest updates on this hot topic.