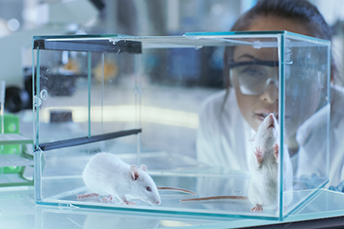 Long-Living Benefits Or Not?

by Steve Brown Topics: human resources, competition
Summary: As you work on updating your employee benefits for 2019, you may want to know what other companies are doing. Some benefits are being cut and others are being added. Some of these changes may surprise you.

A new study by the National Institute on Aging finds mice who fasted between meals lived longer and were healthier than those who snacked during the day. Even more interesting perhaps, the mice that lived the longest and were the healthiest ate only one single meal per day. This all runs counter to common understanding of what many consider to be human healthy habits, so more analysis will likely be forthcoming.
No matter what you eat or when you do so, it usually requires reviewing some options. In banking, it is important to review options when it comes to employee benefits too. In fact, more than 33% of organizations boosted their benefits offerings in the last 12 months, according to the Society for Human Resource Management's (SHRM) 2018 survey.
As you think about improving your employee benefits program for 2019, knowing where other companies are cutting back and where they are adding can help you tailor your program and potentially compete more effectively for employees. Here's a sampling of benefits that are on the decline, according to SHRM.
Preventative programs: Certain wellness benefits--such as those targeting employees with chronic health conditions and health fairs--continue to fall out of favor. Instead, companies are focused on different wellness benefits such as company-organized fitness competitions and on-site stress management programs, for example.
Flexible spending accounts: While they are still more widely used than health savings accounts, flexible spending accounts aren't as popular as they once were. The percentage of organizations offering FSAs dropped to 63% in 2018 from 69% in 2015. By contrast, 56% of companies offered HSAs in 2018, compared with 43% in 2015, the SHRM data shows.
Cuts to certain family-friendly benefits: Only 15% of companies offer domestic partner benefits to opposite-sex partners, down from 25% in 2017. The percentage is the same for domestic same-sex partners, but also down from 24% in 2017, according to the survey. Both child care and elder care referral services dropped in 2018 as well, with 9% and 10% of companies respectively offering them.
Defined contribution catch-up: While the vast majority of companies offer one or more retirement plans to their employees, the prevalence of defined contribution catch-up contributions has continued to fall over the past 5Ys. Now, 64% of organizations offered this benefit in 2018, compared with 76% in 2014.
Compensation benefits: Certainly, many companies offer additional types of compensation such as awards, bonuses, stock options and education assistance, but several types of bonus plans are on the decline. For instance, only 42% of companies now offer incentive bonus plans for executives vs. 51% in 2017. For non-executives, only 37% of companies offer incentive bonus plans vs. 44% in 2017. Retention bonuses for executives, meanwhile, fell to 14% and to 12% for nonexecutives.
Certainly, this benefits list of changes isn't exhaustive, but it's a definite starting point for community banks. As you weigh what types of benefits and perks are most helpful in recruitment and retention, we leave that to you.
Subscribe to the BID Daily Newsletter to have it delivered by email daily.

CNBC reports the OCC has rejected a plan by Wells Fargo to repay customers that bought unneeded auto insurance. The OCC said the bank needs to provide more assurances it will find and repay everyone who was overcharged.

A Fed study finds: the change in tax laws drove US companies as of the end of Q1 to repatriate $300B in cash they were previously holding offshore. This is dramatic given it is about 300% higher than any prior quarter going back to 2003.

Wall Street Journal reported Accenture research finds almost 50% of all corporate finance tasks are projected be automated using artificial intelligence (AI) within 3Ys.
Copyright 2018 PCBB. Information contained herein is based on sources we believe to be reliable, but its accuracy is not guaranteed. Customers should rely on their own outside counsel or accounting firm to address specific circumstances. This document cannot be reproduced or redistributed outside of your institution without the written consent of PCBB.