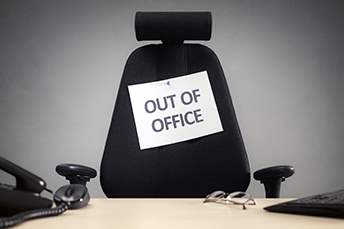 by Steve Brown
lending
business customers
Summary: In 2017, US companies spent $3.6B on self-storage facilities. We provide you with the latest updates on this lending sector.
Share this Article:
Researchers at the University of Helsinki have found that taking more than 3 weeks of vacation each year may lengthen your life. The more than 40Y study found that people who took less than 3 weeks off in a year were 37% more likely to die than those who took more than that. This could be a good reason to extend your vacation time this year.
As you calculate how many weeks of vacation you have already taken this year, we point out that Americans rarely add up the number of trinkets they collect on these vacations either.
Between moving, collecting, inheriting, and downsizing, it seems that people are forever finding themselves with too much stuff. That means we need places to put it all.
In recent periods, we have noted that the biggest banks have begun dialing back on issuing construction loans for self-storage facilities. There is nothing inherently wrong with this sector, but this scale-back means community banks active here may want to review both existing exposures and potential new loan opportunities as a result.
On one side of the fence, storage construction is booming. According to the Census Bureau, in 2017, US companies spent $3.6B on self-storage facilities. That is an 88% increase over the previous year. About 800 new storage operations opened in 2017.
That's a lot of storage. Yet, analysts feel that there is room for more, in part because most people who use self-storage facilities pick a location that's within two or three miles of their home or business. Storage is also a business with millions of micro-markets, and there are many neighborhoods that don't have self-storage units yet.
Around 10K baby boomers turn 65 every day in the US, a trend that is projected to continue for the next 15Ys. This demographic shift means many boomers will likely want to downsize - giving all of their stuff away or storing it somewhere perhaps. Meanwhile, Gen X and millennial children are less than eager and have less room to take mom and dad's furniture, china, and other stuff.
When done right, the self-storage industry can provide good economics as well. After all, once storage facilities are built, they don't require a lot of overhead to run. Also, once customers have moved their belongings into a unit, they don't typically move out.
On the other side of the fence, it is important to know that construction activity here has been running high for an extended time. In addition, construction costs are rising. Banks that lend in the sector should ensure the cashflow works, owners have experience, and the units make sense for the area, for example.
One reason the biggest banks have slowed down here could also be driven by a high level of enthusiasm for the sector that has led some developers (and banks) to do away with feasibility studies. This is risky as some areas start to see some oversupply.
Even if your bank isn't interested in originating loans for self-storage construction, there's at least one other way to get involved. Newer mixed-use developments are also adding self-storage to their mix of retail, residential, and office occupants.
Self-storage lending isn't for every bank. But, those with a good plan and suitable market dynamics may find opportunities. Something to think about as you relax on your next vacation.
Subscribe to the BID Daily Newsletter to have it delivered by email daily.

The Impact Of California's New Privacy Law
The new California privacy law is being touted as the most stringent privacy law in the US. What do community banks need to know to stay out of trouble?

Authenticating Companion Deposit Accounts
Wondering how to keep your deposit customers happy while interest rates rise? Companion deposit accounts may be the answer.