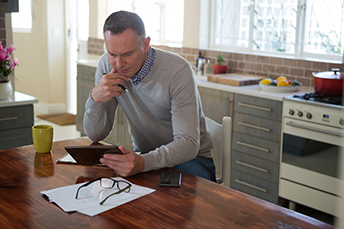 No Way To Disconnect From CECL Readiness

by Steve Brown
compliance
CECL
risk management
Summary: As CECL draws closer, only 3% of community banks are ready to implement it. A new survey from RMA shows what banks are doing and covers some of their biggest concerns.
Share this Article:
A Pew Research study highlights something you already know. When you go online you are likely to be harassed, so prepare yourselves. In fact, a whopping 41% of adults say they have been harassed online and 66% say they have seen it happen to someone else. It looks like if you want to stay sane, disconnecting now and again can be a good move.
Unfortunately for community bankers, it is impossible to just disconnect from the world around you, as the Current Expected Credit Loss (CECL) standard draws closer. So, banks are trying to ready themselves for the change.
According to the findings of a recent survey by the Risk Management Association (RMA), 48% of community banks have begun efforts to ready themselves, yet only 3% are ready to implement it. Although there is still time before full implementation is due for most, community banks will want to be sure they don't fall behind.
One of the biggest problems for many banks (28%) is a lack of existing resources to handle the new rules. As a result, 39% of banks plan to at least partially outsource CECL compliance, and 38% have already chosen a third-party provider. On the flip side, 27% of surveyed banks are expecting to deal with CECL in-house. Still, most banks believe their existing infrastructures are inadequate to deal with the requirements of the rule.
Other concerns reported in the RMA survey include a lack of clear policies, procedures and expectations. As a groundbreaking, complex new rule, CECL has stimulated input on many fronts, possibly adding to the lack of clarity. While nothing is set yet, regulators have been working on a plan to phase in certain CECL-related capital impacts over three years instead of day one. Meanwhile, some bankers have been lobbying for more than three years - up to five years - in addition to delaying CECL integration into CCAR until 2021 at the earliest, and including loan-loss allowances in Tier 1 capital, among others.
Another concern from the survey is the cost to implement, process and monitor CECL. There are additional costs to be sure. Banks need to gather more data and ensure their systems are up to the challenge of model testing, with robust scenarios of changing economic conditions for the appropriate loan loss reserve calculations. But how much it will cost is still unclear.
As banks start down the implementation path, they are also starting to find out just how much it may cost in reserves. One community bank in CA reported in its June quarterly filing that post-CECL, its allowance could double. Meanwhile, another community bank in NC reported that CECL "will have no material impact" on the bank's loan-loss allowance. So, as far as reserves go, this is still an area with an element of the unknown, and we all know that bankers do not like the unknown.
There is a lot going on when it comes to CECL implementation, but we can help you. We have a full-service SaaS solution supporting all seven CECL methods. We are a bank, so we have already shown our solution to regulators and accountants. Our banking experts will guide you from setup to implementation. Give us a call and we can help you meet the CECL deadline.
Subscribe to the BID Daily Newsletter to have it delivered by email daily.

Resolutions And Flat Yield Curve Opportunities
With a flat yield curve, certain tools can provide customers with the products they want while mitigating risk for the bank. We give you the skinny on some of these helpful tools.

Studying Bill Pay Opportunities
The percentage of banking customers who used mobile apps to pay bills jumped by 30% in 2017 vs. 2016. We discuss some of the ways community banks can compete with bill pay services.