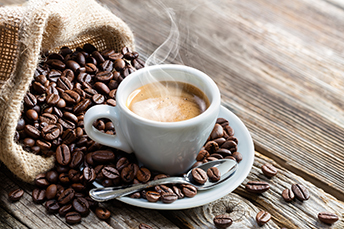 by Steve Brown Topics: lending, business customers
Summary: The new 2018 Farm Bill is expected to help farmers and ranchers, which will facilitate ag lending for community banks. We provide the highlights.

People love to drink coffee. Look no further than a survey by the National Coffee Association that finds 64% of Americans age 18Ys or older drink a cup of coffee a day. Interestingly, 79% did so at home, while the rest went to a caf? or some other location.
As you sip your coffee this morning, we point out that community banks are not only the backbone of banking, but also the backbone of farming as well. After all, community banks provide 75% of all agricultural loans to American farmers.
It is little surprise then, that many community banks are supporting a new farm bill. The legislation is aimed at helping to stabilize the nation's farmers and ranchers, who have struggled mightily under the current legislation that expires on Sept. 30, according to experts.
Known as the 2018 Farm Bill, it opens up greater access to crop insurance and USDA guaranteed loans. These are vital to farmers and allow banks to support their farm-based business customers. It also extends the National Flood Insurance Program for an additional six months.
This bill is definitely good news for community banks busy in agricultural lending. Indeed, according to a recent ABA report, US agricultural lending was up 6% last year, to $106B. It also found asset quality for the country's more than 1,800 farm banks (those banks whose ratio of domestic farm loans to total domestic loans is greater or equal to the industry average, according to the ABA) was deemed "healthy", as non-performing loans dropped to pre-recession levels of 0.52% of total loans.
Indeed, more than 96% of these so-called "farm banks" were profitable last year, with 55% reporting increased earnings, according to the same report. Capital levels also increased here as equity capital at farm banks grew 5.6% to $48.4B last year.
While community banks under $10B in assets represent just 17% of US banking assets, these banks provide a critical 75% of all agricultural loans. Community banks also provide more than 60% of small business loans as well.
Community banking is critical to small businesses and those in the agricultural business too. That is why it was great to see this legislation. After all, the previous (and existing) farm legislation was from 2014 and was written when commodity prices and net farm income were higher. This compares to a projected decrease this year in farm income by 6.7%, according to forecasts by the USDA. If so, that would be the lowest level in 12Ys.
Supporters of the legislation point out that commodity programs, crop insurance, government farm loans and rural development programs are more necessary than ever to maintain the agriculture sector's financial health. This is especially true as fuel, labor and interest rate costs are set to rise.
We are very happy to see the great efforts community banks go through to support local agricultural activities throughout this great country of ours. We know those efforts will continue as the thousands and thousands of community banks continue to support our farmers.
Subscribe to the BID Daily Newsletter to have it delivered by email daily.

1) United Business Bank ($1.3B, CA) will acquire MyBank ($157mm, NM) for $23.5mm in cash (100%) or 1.46x tangible book. 2) Royal Bank of Canada will acquire entertainment industry payment specialist Exactuals through its City National Bank subsidiary. Exactuals has a payment system that supports royalty payment flows among and between studios, music publishers and others.

Wells Fargo is looking to reduce its Pacific Northwest branches by 15%, including up to $2.5B in deposits.