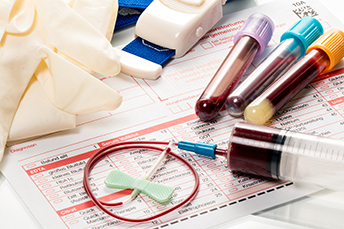 by Steve Brown
lending
risk management
Summary: In April, credit-reporting agencies dropped all information on tax liens and court-ordered debts from consumer credit reports and ratings. How this could affect your underwriting practices.
Share this Article:
Here is some good news - it seems a blood test known as a liquid biopsy has been shown to detect tiny amounts of DNA released by 10 different types of cancer cells in the body. Doctors and researchers hope such tests could soon be used to catch cancer at an early stage. The test correctly identified pancreatic, ovarian, liver and gallbladder cancer 80% of the time. The test also had decent accuracy rates for lymphoma (77%), myeloma (73%), bowel (67%), lung (59%) and head/neck (56%) cancers. Let's hope this new test can soon be leveraged to treat people faster.
While not as impressive as having a blood test that identifies cancer in humans, bankers will have to adjust existing credit underwriting methods to handle changes to borrower credit scores. As you likely heard, on April 16th, credit-reporting agencies dropped all information on tax liens and court-ordered debts from consumer credit reports and ratings. The result was that about 17% of consumers saw their credit scores rise.
While this change largely affects consumers and not necessarily businesses, there are many small businesses that rely on the personal credit score of their owners to secure loans.
Some bankers say the change is unfortunate because the mere existence of a tax lien speaks volumes about a customer's ability to meet financial obligations. Eliminating that information from credit reports could mean banks can't fully see the risk they're taking when lending.
Others say most banks would agree that it's important to get a clear look at their potential customers' financial data. They posit that just such a clear look was exactly what was missing in the system that listed tax lien data, because judgments and liens were often linked to the wrong people.
Last summer, credit-reporting agencies Equifax, Transunion, and Experian said that 96% of civil judgments and 50% of tax liens weren't connected to sufficient identifying detail. As such, all three companies booted that information from their reports.
It's difficult to know exactly how many credit scores will rise now that they don't take information on tax liens and court-ordered debts into account. Of note though, as of June 2017, about 55mm people had tax liens or court-ordered debts on their credit reports.
Fortunately for bank loan portfolios, there are other ways to determine which loan applicants may have undisclosed debt obligations. Consumers who have tax liens or civil judgments often have other signs of credit risk as well.
Here the data shows about 89% of the people in this group have credit records that show debt-paying delinquencies of 90 days or longer vs. just 34% of people without liens or judgments.
Customers with liens and judgments also tend to have subprime credit ratings. Here the data finds about 71% of people in this group have credit scores of less than 620.
If your bank is wary, remember that credit scores are always in flux, so this change is more in that arena. To help protect your bank and keep it healthy, make sure your underwriting practices account for this change and adjust your processes appropriately.
Subscribe to the BID Daily Newsletter to have it delivered by email daily.

BSA Reporting Fights Crime
Enforcement agencies have successfully used BSA reporting to create financial trails that track criminals. We highlight some of their stories for you.