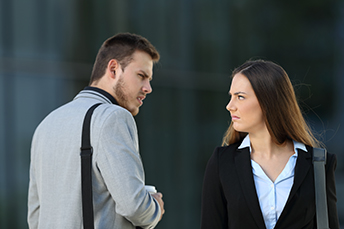 by Steve Brown
compliance
regulatory
BSA/AML
Summary: Enforcement agencies have successfully used BSA reporting to create financial trails that track criminals. We highlight some of their stories for you.
Share this Article:
According to an employee study, the cost of conflict in the workplace has deeper ramifications than organizations may realize. Employees answered how they were affected after a colleague was rude or uncivil: lost work time worrying about the incident (80%); commitment to organization declined (78%); performance declined (66%); lost time avoiding offender (63%); intentionally decreased work effort (48%); intentionally decreased time at work (47%); intentionally decreased work quality (38%); left the organization (12%). Successful teamwork is clearly the way to go. We are happy to provide you with some good examples of teamwork in fighting BSA/AML crime today.
Enforcement agencies have successfully used Bank Secrecy Act (BSA) reporting to create financial trails that track criminals, their activities and their assets. At least that's the word from the Treasury and the Financial Crimes Enforcement Network (FinCEN), so we highlight some of these successful efforts:
In one investigation, sleuths based their hunt on financial data that showed one person's pattern of unusual cash withdrawals from the estate of a Toledo, OH bank customer who had recently died. To make matters more suspicious, funds from the same source were being electronically transferred into the accounts of tenants residing in a home previously owned by the deceased. This investigation turned up falsified documents designed to liquidate the departed person's accounts and give a local attorney, not the rightful heir, control of the estate (worth more than $2mm). In the end, the true heir recovered nearly $500,000 in cash, a motor home, three vehicles, and four pieces of real estate. The four conspirators were sentenced to prison terms and must repay the heir.
In another case, the Drug Enforcement Administration (DEA) used financial data to find and destroy two lucrative, international money-laundering rings based in southern California and Tijuana, Mexico. Both used networks of couriers, accounts, shell companies, and investments to launder drug money for traffickers connected to the Sinaloa drug cartel. The investigation yielded 27 arrest warrants and millions in cash, vehicles and real estate.
FBI agents, analysts, and accountants teamed with experts in money laundering and counterintelligence to dig into North Korean sanctions violations. A network of front companies let North Korean entities buy millions of dollars in petroleum products from a Russian company. The network then accessed the US financial system on behalf of its North Korean clients, neatly bypassing sanctions. The effort blocked transactions of nearly $7mm and brought a penalty against two of the front companies for a total of $20mm.
Another scheme involved a video game hack which would pay large amounts of in-game currency. This malicious code bypassed the game's security mechanisms, fooling it into believing that the user had played millions of online games in a very short period. Once the online account generated enough currency, the players moved the money to a real-world financial account. In the end, the conspirators forfeited $10mm in fraudulently obtained funds and were found guilty.
In all of these situations, the Treasury and FinCEN say information provided by financial institutions was instrumental in helping authorities shut down criminal operations.
No matter your conflicts around BSA and other matters, it seems at least some benefit has been received, so keep your watchful eyes peeled. All in a day's work for community bankers!
Subscribe to the BID Daily Newsletter to have it delivered by email daily.

Seeing Risk Clearly With Acquired Vendors
While having a solid risk assessment plan for third party vendors is nothing new to bankers, what do you do if your vendor is acquired?