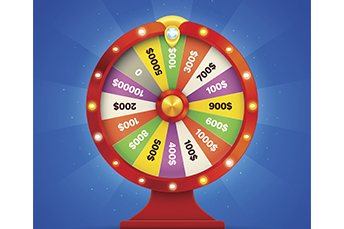 by Steve Brown Topics: compliance, technology, regulatory
Summary: RegTech is poised to vault ahead in the next 2Ys on the back of technologies such as Big Data. We provide an update for you.

If you have ever watched Wheel of Fortune, you probably know that the most frequently used letters of the alphabet are: E, A, R, I and O. So, enjoy your EARIOs this morning as you astound your friends and family.
Regulatory technology (RegTech) is the fastest growing segment within the financial technology (FinTech) arena of development. RegTech aims to take the ever-changing and complicated demands of banking compliance and make them more automated, less expensive and less time-consuming. While we have covered RegTech in the past, we thought it was time for an update.
RegTech is big. Firms playing in this subspace are expected to see more than $5B in funding over the next 5Ys, with as many as 500 companies surfacing over that period. While there are still a number of obstacles to be overcome, RegTech is poised to vault ahead in the next 2Ys on the back of other supporting technologies such as big data, data analytics and machine learning/artificial intelligence.
Big Data: A big part of the regulatory burden for any bank, big or small, is "know your customer" (KYC) responsibilities. According to Thomson Reuters and The Atlantic Council research, the world's largest financial institutions have seen spending on KYC-related processes rise on average to $150mm last year. Despite improvements, fraudsters still slip through the cracks in bank processes. This is where Big Data, or the use of digital automated stockpiles of information, can better vet and understand customers and identify risks.
According to the report, "Big Data - a Twenty-First Century Arms Race", using faster and more integrated systems can give banks an edge. It can help banks more easily find hidden relationships and elusive indicators around a false identity, or an account that has been hijacked or misused.
As a side benefit, since the Big Data process is digital and automated, the use of this technology is expected to eventually speed the KYC process using RegTech. This is good because customer onboarding times jumped from 28 days in 2016 to 32 days in 2017.
Data Analytics: Going hand-in-hand with the use of Big Data is the explosion of analytics tools. These tools make it possible for community banks and service providers to better and more quickly review tons of often disparate information and synthesize it into useful feedback. Without analytics tools, it would be nearly impossible for banks to make the most of the data and discern good customers and transactions from bad. For this reason, regulators are considering data analytics to be an increasingly necessary tool in the banking compliance toolbox. While these tools have not always reduced the number of hours these compliance activities take, experts say the use of data analytics makes RegTech monitoring much more effective.
Artificial Intelligence/Machine Learning: Various industry pundits insist RegTech will not replace human bankers as decision-makers, but the hope is that technology advances will improve things. Humans should focus on more complex issues, while machines handle the mundane over time.
Although the time may still not be right for large numbers of community banks to fully embrace RegTech, it is definitely here to stay, so at a minimum you might want to do some summer reading on the subject. In the meantime, we will continue to keep our eyes open and update you as progress continues.
Subscribe to the BID Daily Newsletter to have it delivered by email daily.

A TD Bank survey of small business owners finds 54% do not have a business credit card and 46% do.