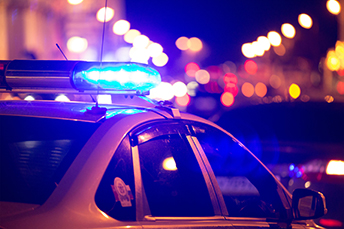 by Steve Brown Topics: regulatory, compliance
Summary: Hub-and-spoke regulation is reviewed by industry researchers. Some of the interesting findings are revealed.

At the end of last year, some fool in Virginia tried to steal a car. While that sort of thing happens all the time around the country, this brainy crook took steps to look even dumber when he was caught. When arrested that same day, the police laughed when this fool was wearing a t-shirt that read, "Trust Me." We found this very comical indeed.
It turns out banking industry researchers from Washington University in St. Louis have been having fun of another type as of late. They dove deep into the data to take a close look at hub-and-spoke regulation common in the US and Europe in an effort to see whether it could lead to problems or increase the risk of bank failure. The results are interesting.
To begin, a hub-and-spoke structure is one where a central regulator delegates monitoring of banks to local supervisors. The biggest issue in such a structure occurs when the objectives of local regulators "at the spokes differ from those of the central regulator at the hub." Here, the research points out that distancing regulatory supervisors from banks actually increases risk.
In short, after looking at the closure of regulatory field offices, the paper, which examined the relationship between banking regulatory field offices and the accounting quality of small and medium sized banks between 1984 and 2013, found that the farther a regulatory office is located from the banks it monitors, the lower the quality of information captured.
Over time, researchers found that banks that were geographically closer to regulators operating in the area seemed to also have less risk and a lower likelihood of failure. The analysis found that when regulators closed offices in a specific region, banks in that area moved to distribute more cash to shareholders, increase their leverage and thereby increase their likelihood of failure vs. banks where this did not occur.
To go deeper, researchers also looked at local economic conditions. They wanted to see if there was a correlation to regulatory office closures and bank leverage and to see if it impacted state chartered banks within the same area. They could not find any evidence of this.
Yet another finding here relates to regulatory proximity and the resulting information flows. It seems that being closer to regulators that supervise the bank, allows banks and regulators to gather soft information that might not be accessible from a longer distance. It also seems that an increase in distance can increase the cost of regulation and thereby impact oversight.
Since regulatory oversight of banks is done both on and off premises, when banks are physically distant from regulatory offices, the costs involved in gathering information and monitoring banking activities increase.
Because of this, regulatory oversight from regulators that are near to the bank can include better knowledge of local economic conditions that can directly impact the bank. As such, this tends to make such oversight significantly better than more distant review.
While it remains to be seen whether technology has made it so easy for distant regulatory teams to keep tabs on banks in faraway geographies, we still tend to lean local. Nonetheless, we will keep monitoring this and periodically report back so you can see where things are heading and how fast they might get there to give you time to adjust.
Subscribe to the BID Daily Newsletter to have it delivered by email daily.

Analysts project the Bank of England (BOE) will move to raise rates 3 times this year, as the UK economy shows growth and resilience despite Brexit concerns.

Pew research finds 19% of senior age 65Ys or older are still working full or part time. That compares to only 12% back in 2000.

In an effort to make the industry more reputable, Bloomberg reports a growing number of crypto currency startups have been adding former regulators, prosecutors, Homeland Security, Department of Justice, and other government enforcement people as advisors.

CNBC reports one of the two people who reportedly invented Bitcoin is being sued for allegedly stealing $5.1B in bitcoin, by creating fraudulent contracts tied to bitcoins mined by his former business partner.

CBS News reports malicious mobile banking software has targeted up to 10% of all consumer cell phones. Overall, security firm Avast reports there were 50% more malware threats detected in 2017 than 2016.