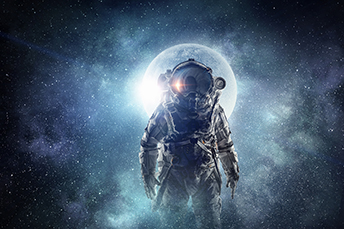 by Steve Brown Topics: lending,  small business,  regulatory
Summary: The path to positive consideration under CRA may not be clear for many community bankers. We provide some helpful hints.
Share this Article:

Well, it looks like becoming an astronaut may not be as awesome as it once was. You see, researchers are toiling away trying to figure out how to recycle poop on long space trips and turn it back into food. Disgusting, if you ask us, and certainly a long way from the early days when drinking Tang and eating weird rolled up peanut butter was the way to go.

When it comes to the Community Reinvestment Act (CRA), community banks understand the importance of steering clear of a "Substantial Non-compliance" rating from federal regulators. But exactly what it takes to win positive consideration may not always be clear.

During a December FDIC teleconference for community bankers, resources and advice about small business lending, including CRA credit for activities that benefit small business, were offered. Questions raised by bankers highlighted some of the specific areas of interest for these bankers.

The first one had to do with a loan that is over CRA limits. Bankers asked whether it could still earn CRA credit and were told it could under certain conditions.

There was also a question regarding a loan outside a designated assessment area and whether it could still get CRA credit. Again, bankers heard it could, under certain conditions.

The ABA has joined the conversation with a white paper entitled "CRA Modernization," that it sent to regulators in December. The paper outlined how CRA could be improved, stressing the need for more transparency, clarity and predictability. For instance, CRA offers credit to bankers for actions that promote affordable housing, but the ABA notes that there is inconsistency about what counts as affordable. It recommends that the government provide methods and formulas for making a determination.

Maintaining a good CRA rating is important, since a poor rating can make it difficult to get approval for mergers and acquisitions, as well as potential new branches. Indeed, CRA compliance issues have complicated some mergers over the last 2Ys.

CRA reviews involve three criteria: Lending, service to the community, and investment. Of the three, lending is weighted the heaviest, which helps explain why the FDIC teleconference focused on small business lending and why there were so many specific questions around loans.

Last year, the government issued an update to clarify questions about the CRA. The Treasury is currently preparing a report on reform and the ABA white paper is reportedly part of the process.

The December teleconference featured a review of how loans are evaluated under CRA. Much of the focus is on geographic distribution of small business loans. CRA tests for smaller banks are more streamlined than for large banks, and focus primarily on lending. Examiners also want to know what types of loans were originated and purchased, the distribution of loans within a bank's assessment area, and the percentage of small loans to small businesses. Intermediate small banks undergo the same lending test as smaller banks, but there is also a community development test. Large banks face more wide-ranging tests.

Understanding how to get CRA credit and taking steps to obtain it can help banks maintain a positive rating. Staying informed through regulator update calls, as well as contacting your designated field examiner for specific questions are both good ways to fly directly to the CRA moon.

Historical Tax Overhaul and Subchapter S
With the new tax plan, there are changes in tax rates and deductions. Is a C corporation or Subchapter S corporation structure best for your bank now?

Bank of America, Citibank and JPMorgan say they will no longer allow customers to buy cryptocurrencies such as bitcoin with a credit card.

The Fed has replaced four board members at Wells Fargo and restricted its growth due to "widespread consumer abuses." The Fed said the actions remain in place until "sufficient improvements" are made.