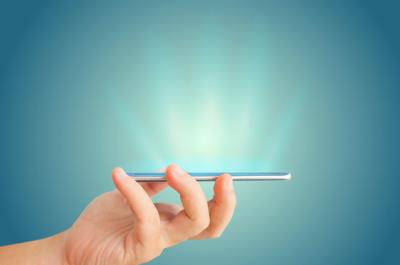 by Steve Brown
performance
human resources
Summary: Workplace sensors are efficient cost-cutting tools and can even boost productivity. What community banks can learn.
Share this Article:
Research by Counterpoint Technology Market projects that in only 3Ys (by 2020), over 30% of all smartphones will be natively artificial intelligence (AI) capable. That means the brick in your back pocket will soon be able to analyze your behavior patterns and help you make decisions quickly - not just tell you the closest gas station or cafe. It will also be able to more easily detect malware or unusual behavior based on better data analytics. That is something bankers will generally look forward to.
Technology advances are happening everywhere, as wearables, virtual reality, smart homes, drones, digital assistants and even televisions use sensors to track what we are all doing and when we are doing it. In banking and other industries, some office workspaces are transforming to take advantage and better leverage sensors to enhance productivity or cut costs.
Last summer when employees of Barclay's Bank noticed little black boxes under their desks, they became alarmed. Their bosses explained that the boxes were tracking devices that use heat and motion sensors to record how much time employees were spending at their desks. Although it sounded a bit unsettling, these sensors were not meant to monitor employee productivity but rather to assess office space usage.
Barclay's employees do a lot of "hot desking" where anyone can plug in anywhere around the office, so desk efficiency is important. Sensors recorded whether a 12-person conference room is usually booked for only 3 or 4 employees and noticed when the room was used as a desk for one person who needs privacy. This information could help manage the bank's real estate footprint, reduce energy consumption and other things.
Barclays isn't the only bank using sensors. Lloyds, Deutsche and Standard Chartered are also tracking desk usage, while insurance broker Willis Towers Watson was focused on reducing its office real estate footprint by 20% based on usage. Sensors find that most of its offices are only 50% to 60% in use at any given time. With this data, the insurer knows where to make cuts.
Workplace sensors are efficient cost-cutting tools certainly, but even better they can boost productivity. A few years ago, Bank of America asked 90 of its employees to wear badges for a few weeks. The sensors recorded movements as well as the tone of conversations. The bank noticed that the most productive employees were the ones often speaking to their co-workers and that the highest productivity came from close knit teams. So, Bank of America encouraged group breaks instead of solo breaks and collective lunch experiences in place of lonely lunch breaks. It also redesigned office space to reinforce employee interactions.
The idea that sensors and all of the data they are collecting could increase productivity is also behind Credit Suisse's investment in Sapience Analytics. This start-up promises more visibility into work patterns. Sapience tracks PCs, iPads and smartphones and then uses the information gathered to optimize work streams for greater productivity.
Although the idea of sensors in the workplace is still new, such sensors could become more widespread as companies all over the place seek to better allocate resources and squeeze more from less. To be sure, it is an interesting concept. We will provide you with any further updates as they arise.
Subscribe to the BID Daily Newsletter to have it delivered by email daily.

Here's To A New Generation Of Customers
There is a new generation that could prove to be the best customers of your bank. How to start attracting them today.
Retail Sales: Modest Deceleration, Touch Stronger Than Expected
CPI: Core Mostly Steady at 1.8%, Touch Higher Than Expected
Producer Prices: 2.4% Core, Some Hurricane Impact
Treasury Budget: Â FY18 Starts with Larger Than Expected Deficit
Consumer Sentiment: Surprise Decline But Still Strong

The Wall Street Journal is currently running a story that indicates some larger banks have dropped their holding company structure regulated by the Fed, in order to reduce costs and simplify oversight. Some of the largest banks operating without a holding company structure are First Republic Bank ($81.0B, CA), Signature Bank ($40.8B, NY), Sallie Mae Bank ($19.4BUT), Bank of the Ozarks ($20.1B, AR), BancorpSouth Bank ($14.9B, MS), BMW Bank of North America ($9.9B, UT) and Towne Bank ($8.4B, VA) to name a few. There are pros and cons to this of course, so community banks should be sure to analyze things thoroughly.

Forrester research projects the role of the chief digital officer (CDO) will become obsolete within 5Ys, as companies become more digital overall, leading chief information officers (CIOs) to take on more responsibilities and as the focus shifts to customer and revenue growth. Forrester indicates that 2Ys to 5Ys after companies transform themselves into digital enterprises they no longer have a need for CDOs.

Crone Consulting LLC research projects Walmart Pay will pass Apple Pay in active US users by the end of 2018. Walmart has been enrolling tens of thousands of new users each day and a reported 67% who try Walmart Pay use it a second time within 21 days.

In an effort to expand our relationships, PCBB is pleased to offer community banks a money market deposit account rate of 1.35%, subject to availability. Contact operations@pcbb.com.