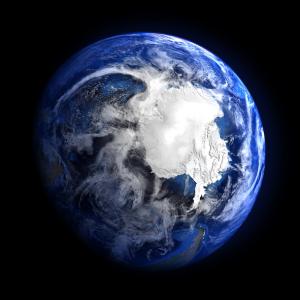 Good news! Scientists from MIT and University of Leeds have found the ozone hole is actually decreasing and is expected to close entirely by 2050. Their research attributes the decrease to the ban of chlorofluorocarbons from aerosols, but it was still a big surprise, since there had been spikes in ozone depletion recently. Those spikes were later attributed to volcanic activity vs. aerosol use.
Just as the ozone hole has been getting smaller, so has the pool of bank directors in recent years, as expectations placed on them have intensified. To help alleviate some of the burden, the Fed recently sought public comment on a proposal that would clarify the role bank boards play in the regulatory obligations of their institutions.
Although the guidance does not specifically apply to banks without holding companies or those that are state non-members, it provides helpful information for all directors.
The proposal comes after a multi-year review suggests "supervisory expectations for boards of directors and senior management have become increasingly difficult to distinguish," according to the notice that appeared in the Federal Register. The results of the review also suggest that boards often devote substantial time to satisfying supervisory expectations that do not directly relate to their core responsibilities. As a result, they may have less time to focus on promoting the safety and soundness of the bank, according to the notice.
There are several parts to the proposal. The first includes proposed guidance addressing effective boards of institutions with total consolidated assets of $50B. While this guidance is not officially applicable to community banks, it's worth reviewing nonetheless. Community banks could incorporate some of this guidance into their practices.
Notably, the guidance distinguishes supervisory expectations for boards from those of senior management. It also describes effective boards as those which meet several criteria.
First, effective boards set clear, aligned and consistent direction regarding the firm's strategy and risk tolerance. Next, they actively manage information flow and board discussions. Third, they hold senior management accountable. Fourth, they support the independence and stature of independent risk management, as well as internal audit. Lastly, they maintain a capable board composition and governance structure.
The second part of the guidance applies to the boards of bank holding companies of all sizes. What's notable for smaller banks is that the Fed is attempting to revise or eliminate unnecessary, redundant, or outdated expectations in order to allow boards to focus better on fulfilling their core responsibilities.
After the crisis, regulators began increasing the requirements for bank directors' after determining supervision had been too lax. While once considered a respectable and prominent role, many potential candidates now feel serving on a bank board is too risky from a personal perspective and too time-consuming given heightened regulatory expectations.
Finally, the proposal makes clear that the Fed isn't done tinkering. It clearly states that it intends to continue reviewing existing supervisory expectations for boards, so keep your eyes and ears open in the coming quarters for more perhaps.
Noting these changes and incorporating them where appropriate should help solidify your board's focus and effectiveness as you close any ozone holes in your own process.
Subscribe to the BID Daily Newsletter to have it delivered by email daily.

JLL Research finds that since the financial crisis, banks and credit unions have closed over 10,000 branches or about 3 per day.

Research by RealPage finds Q3 rent growth in several metro areas across the US slowed sharply from the prior quarter. Overall, apartment rents are about in line with historical norms still, but worries are increasing that a surge in new apartments coming on line later this year and into next year could mean rent growth has reached a peak.

The Wall Street Journal reports Goldman Sachs is exploring launching a new trading operation that would focus on bitcoin and other digital currencies.

According to the Fed, the US municipal bond market reached $3.8T in the end of 2016.

Tax Policy Center research finds it would be difficult to cut the corporate tax rate below 26%, despite cutting almost all business tax preferences, without raising revenue.

A CEB survey of employees around the world finds the average perception of corporate culture since 2008 has increased less than 1% and 70% of employees say they feel their company has a weak culture.

First-time buyers encompass only 32% of home sales today vs. 40% historically according to National Association of Realtors. Some of this may be due to the tight inventory in high-tech cities that draw younger workers.

In an effort to expand our relationships, PCBB is pleased to offer community banks a money market deposit account rate of 1.35%, subject to availability. Contact operations@pcbb.com.
Copyright 2018 PCBB. Information contained herein is based on sources we believe to be reliable, but its accuracy is not guaranteed. Customers should rely on their own outside counsel or accounting firm to address specific circumstances. This document cannot be reproduced or redistributed outside of your institution without the written consent of PCBB.