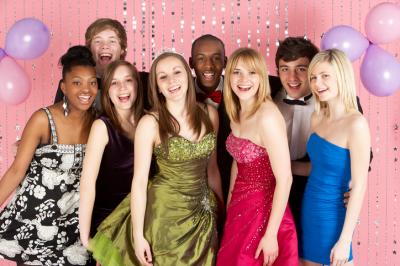 Being popular in high school can take a toll later in life it seems. Consider a study by the University of Virginia that found people who were considered popular in high school had greater social anxiety than those with a smaller group of close-knit friends (also had higher self-confidence). It goes to show you that being cool can occur in many forms and over many time periods and each one can impact the trajectory of one's life.
Speaking of trajectories and being cool, at least when it comes to the corporate world, look no further than Amazon. More specifically, community banks may be wondering how to deal with such a company and relate to it.
When Amazon emerged on the e-commerce scene 20Ys ago, people were more than a little dubious about the potential of this upstart online "book store". Flash forward to current day and this goliath has dominated virtually every category it has entered. Hence, some banks have taken notice, as this category killer has been gradually edging its way into financial services.
According to an Amazon press release earlier this year, the number of people using Amazon Payments grew to 33mm last year and the e-commerce giant's fast-growing payments service doubled its volume in that time. In April 2017, Amazon also launched Amazon Cash, a service that allows users to load value into their smartphones to use as payment at participating merchants in the US. Just this August, Amazon rolled out a similar program in the UK.
Perhaps most unsettling for community banks, Amazon Lending services has already made $3B in loans to more than 20,000 small businesses since its launch in 2011. More than 33% has occurred in the past year alone, according to a June press release from the company.
Already feeling increasing competition from regional banks on one side and online-only "direct" banks on the other, community banks find themselves in the unenviable position of fighting a new battle on a third front with a very sophisticated rival.
Unfortunately, things could get worse, as younger, more tech-fluent millennials emerge as a more important and powerful customer force in banking. According to a
2017 Accenture survey, 50% of 20 to 30-something US customers would happily move their deposits from a bank to Google or Amazon. These younger bank customers attributed their interest in the potential "Bank of Amazon" and its ilk to their desire for more online and automated financial offerings, a focus on data (and the targeted deals it could provide) and the potential to receive more customized financial advice, according to Accenture's research and analysis.
For community banks, the best option in this precarious and changing environment might be to follow the advice given to drivers on a slick road: Steer into the skid. Understanding that the customer base, the economic environment, and the financial services landscape as a whole are all shifting, it is best to not only underscore the traditional in-person branch service for which community banks are best known, but also to up your game in data analytics, online and mobile banking and payment offerings (especially as you find your millennials customer base increasing). Further, you may want to consider how to offer more tailored marketing and advisory services to the key markets where your bank is best equipped to maintain an edge, and fend off the popular Amazon goliath for a little longer.
Subscribe to the BID Daily Newsletter to have it delivered by email daily.

The OCC says its supervisory focus in 2018 will be on cybersecurity, credit underwriting, concentration risk management and allowance for loan and lease losses. The Midsize and Community Bank Supervision Department will focus more specifically on reviewing concentrations in C&I, CRE, agriculture and auto loans, and the corresponding risk management practices.

The Department of Education reports the percentage of people at least 31 days late on their student loans climbed to 18.8% as of June 2017 vs. 18.6% for the same period last year.

Fed Chair Yellen has been speaking and investors are listening. Among points she made recently: gradually raising interest rates is the most appropriate policy approach given increased uncertainty about inflation; the Fed has to be wary of moving too gradually on rate hikes; it is not prudent to keep monetary policy on hold until inflation is back to 2%; it could be risky to move too gradually with interest rates.

South Korea has joined China in banning ICOs (initial coin offerings) and increased inspections of cryptocurrencies. Singapore, Hong Kong, the UK along with the US have all expressed concerns about ICOs (the sale of bitcoin to fund new businesses) and are closely watching them for fraud.

An ABA survey finds 46% of millennials use mobile banking the most, while 52% of those 65Ys+ chose online or internet banking.

The CFPB reports bank customers paid over $15B in fees related to bounced checks and overdrafts last year.

A survey by the IT governance association ISACA finds more than 25% of companies say it takes 6 months or longer to fill priority cybersecurity positions.